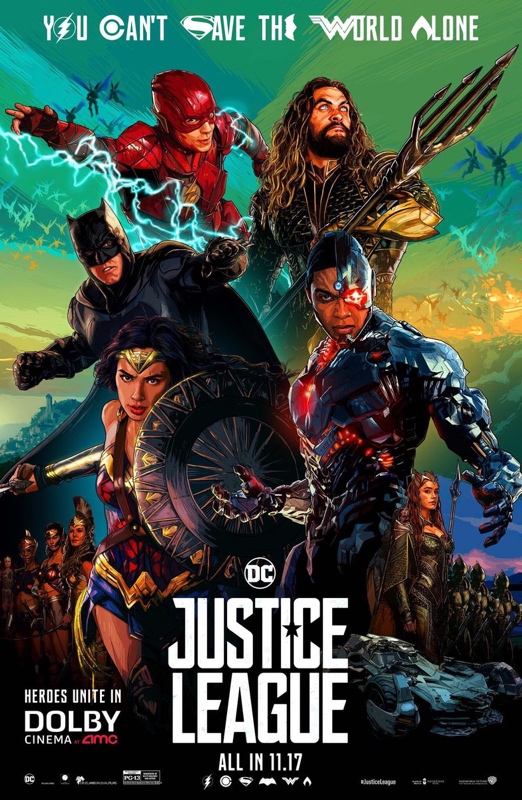 The opening credits justified the admission dollars. That’s a bit of an exaggeration, because who comes just to see the opening credits? But I went to a matinee and received an early bird discount, so there were fewer dollars to justify before I felt I got my money’s worth. As Sigrid sings “Everybody Knows,” Justice League offered a montage of a world following Superman’s death. It was realistic, believable, and recognizable. We recognize this world, because it’s a world so much like the one we live in. Tempers are rising. There’s a growing sense that everything is falling apart, that we are on the eve of the next world-wide crisis. It was poetry in film. The combination of the song and the montage set the right tone for movie to follow.

In that film, an ancient threat named Steppenwolf returns to Earth to seek three boxes that would give him the power to destroy Earth. Faced with this threat, Bruce Wayne/Superman and Diana Prince/Wonder Woman recruit Flash, Aquaman, and Cyborg to form the Justice League. The weakest element in the movie was the plot that felt derivative. Steppenwolf’s arrival reminded me so much of Loki’s arrival on Earth in The Avengers that wanted to shout plagiarism. But Joss Whedon worked on the screenplay for both movies, and since a writer can’t plagiarize himself, there’s no foul. Still I wished the plot had been more original.

Zack Snyder directed Justice League, based on a screenplay by Whedon and Chris Terrio. They did an excellent job of giving each character in this ensemble film equal weight. As the plot was the weakest element, the balance between the heroes was its finest achievement. I feel that I know and understand all the Justice League, each character on his or her own terms. Since this was the first time we met many of them–besides their short cameos in Batman v Superman: Dawn of Justice–getting that familiarity was essential. Snyder achieved it. What was lacking in plot surprises was made up for in character development. Though a superhero action film, Justice League was less about the action and more about the characters. And I love that!

Since it was a Zack Snyder film, the visuals were awesome. Fabian Wagner handled the cinematography, and he did an excellent job. Many shots from the film were their own work of art. As to be expected in a superhero film, CGI infused the movie. Almost every shot contained some CGI. For the most part, it blended well, but I must tell you, I wasn’t convinced by Cyborg’s CGI. Since he’s more robot than man, he’s the most CGIed character in the movie and it didn’t look convincing. Since half his face was robotics, there was no getting away from it. Every time he was on screen, I kept thinking of the CGIed mask in Green Lantern. Other than that disappointment, the CGI, especially with Steppenwolf, gave a stylistic feel to the movie that suited its dark tone. 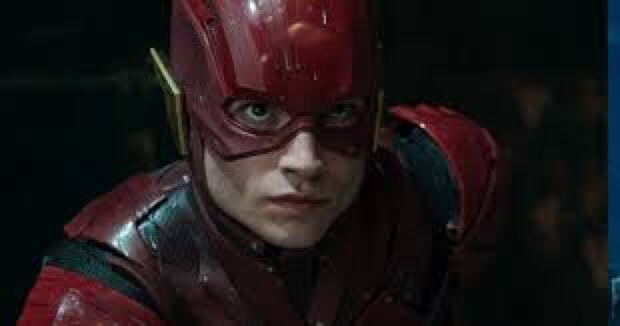 Ben Affleck reprises his stint as Bruce Wayne/Batman from Batman v Superman. He gives us a Batman who is older, war weary, cynical, a Batman ready for his exit. I’ll confess something that I know is probably heresy in American popular culture, but I’m not a Ben Affleck fan. I think he made his name in his early career and have been riding that wave every since. But his Batman is compelling and interesting. How futile his crime-fighting must feel, after twenty years, since the threats keep coming; indeed, they are growing more threatening and destructive. Alfred (Jeremy Irons) made a comment about missing the days when wind-up penguins where the worst threat they faced–proving that Justice League exists in the same universe as the Tim Burton’s Batman movies.

For the third film in a role, Gal Gadot delivers as Diana Prince/Wonder Woman. In establishing its cinematic universe, the DC Extended Universe (DCEU) made several mistake, but one thing they got right was signing Gadot. Her performance in Batman v Superman was the best thing about the movie, and Wonder Woman stands as my favorite film of 2017, because of her excellent performance. And her performance in Justice League stands out as a high point for the movie. She’s on a different character arc here–from the solitary warrior to the team player–and Gadot’s nuance performance made it believable.

Let us count: Conan from Conan the Barbarian (2011), Ronan from Stargate: Atlantis, Khal Drogo from Game of Thrones, and now Aquaman in Justice League. Jason Momoa is in danger of typecasting himself as the angry barbarian. Due to his height, his brawn, and his outcast good looks, it’s a typecast that works for him. But it doesn’t give us a good sense of his range. That’s unfortunate, because I suspect he has a broad range. I just would like to see it sometime. He enjoyed a funny monologue in Justice League, in which he seemed more candid and spoke more from his heart than Arthur Curry/Aquaman is wont to be. It was comic relief and a nice break from his otherwise stoic demeanor. 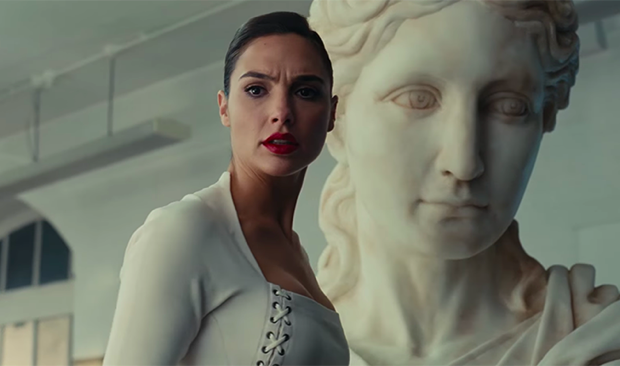 I already mentioned the unconvincing special effects that created Victor Stone/Cyborg. Because of them, he was my least favorite of the new characters. I don’t blame actor Ray Fisher. Victor is on his own character arc, learning to forgive his father for turning him into this thing, and Fisher played that arc as well as anyone could when they’re represented on screen by only a half of their face. How do you emote when only half your face is visible? DCEU had several superhero characters they could’ve positioned here. I think it was a bad choice to go with Cyborg.

Ezra Miller plays Barry Allen/Flash, and as Cyborg is my least favorite of the new characters, Flash is my favorite. Miller gives us a Flash who is–to invoke another movie–footloose, not only in speed but also in attitude. He’s a loner who wants to be social. He joins the Justice League not to do heroic deeds but because he needs friends. I love the special effects the filmmakers used to create the Flash’s speed. Snyder’s technique of slow-motion mixed with regular speed mixed with fast motion worked so well with this character that it’s as if Snyder created and perfected it just to give us Flash. I saw Miller in The Perks of Being a Wallflower. In my review for that movie, I gave him my best actor award, and I give it to him again here.

Though a product of a cinematic universe, Justice League feels like a self-contained product. During the movie, they made some references to what happened in Batman v Superman and in Wonder Woman, but those references were minor and self-explanatory. They didn’t required the viewer to remember events in other movies in order to understand the reference. Since Wonder Woman was also a self-contained product, I believe DCEU is doing a better job than Marvel Cinematic Universe (MCU) at creating movies that are part of a series but that still stand alone. The one exception to that comment is that it’s helpful, but not essential, for you know what happened to Superman (Henry Cavill) at the end of Batman v Superman.

Justice League has a thin, but straightforward plot. Steppenwolf comes to Earth to destroy it, and the Justice League forms to stop him. There’s few surprises in the plot, but there are several fascinating and fun-to-watch set pieces. Essentially, this is an origin story, not for a superhero, but for a superhero team. The acting is great, and the special effects are believable. This is a fun movie. It’s not much more than that, but fun it is. 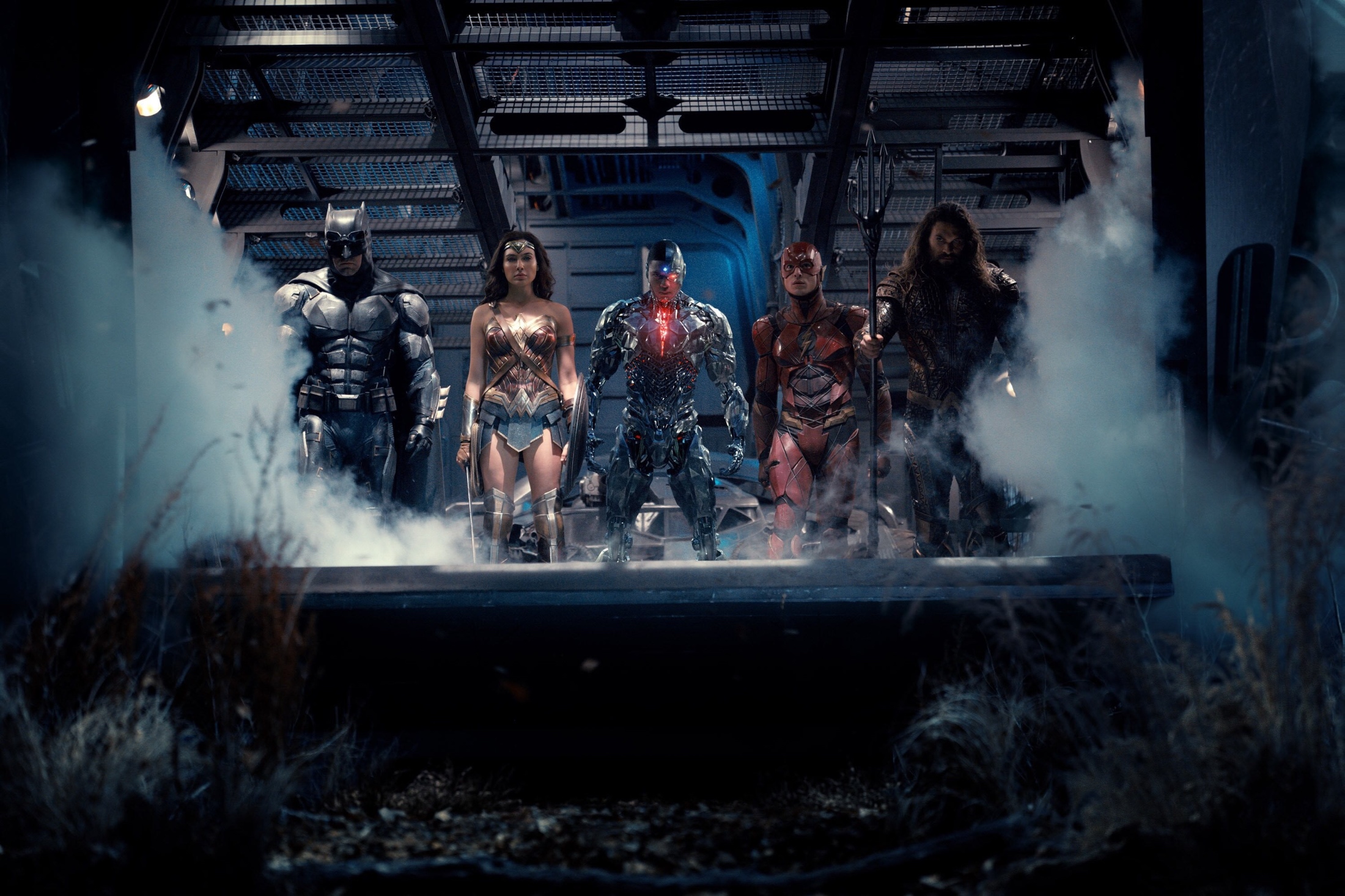