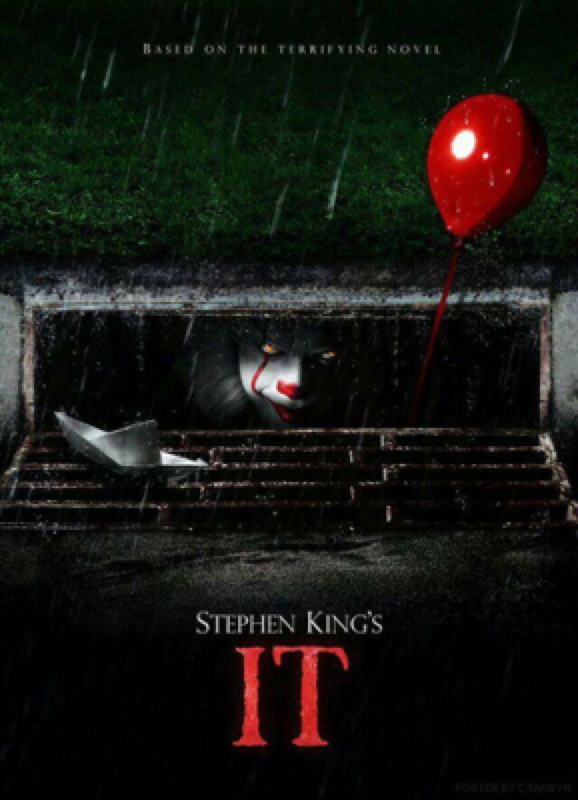 In my review for It, the Stephen King novel, I stated that after reading the novel, I was less excited to see the movie. It wasn’t that I didn’t like the novel–I enjoyed it a lot and gave it a favorable review–but I found myself doubting that a 2-hour movie could do it justice. From the trailers, I understood the filmmakers’ strategy. Since the novel followed two parallel plots–one with the protagonists as 11-year-olds and one with them as adults, 27 years later–the movie would only adapt the childhood plot. As I surmised this from the trailers, I also guessed that they would later adapt the adult plot as a sequel. It is, after all, a pattern we’ve seen in Hollywood, with such projects as The Hobbit and Harry Potter and the Deathly Hallows, to divide a novel into two films. With the Deathly Hallows, this made sense and proved effective, but with The Hobbit, it felt like a money-grab. How will it fare with Stephen King’s It? Money-grab? Or critical success?

Of course, we only have the first film of the duology to judge. But that film was a fun and scary story about children overcoming their fears to battle the monster who lives in the sewers. Adapted to film by Chase Palmer, Cary Fukunaga, and Gary Dauberman, It was directed by Andy Muschietti. Chung-hoon Chung acted as cinematographer, and as a member of the crew, I believe he deserves the most praise. The screenplay was loaded with expected frights, but also with unexpected humor that helped to root the film in reality. The audience laughed as much as it screamed. Muschietti directed the young cast well, so each character felt real and believable. They felt like the kids I grew up with–the 11-year-olds I knew when I was 11. They were awkward and curious, developing their own personalities, while testing the limits of their bodies.

But now that it’s been a few days since seeing the film, the aspect I most remember is the photography.  I have often stated in these pages that some films are worth seeing just for their photography, and though It offers several reasons for seeing it, the photography stands as the best reason. Chung infused every shot with tension and mystery, mutiplying our fears and adding a sense of dread. Though many scenes are in the dark, they are never shadowy. I hate those horror movies that are so dark you have to struggle to see what’s happening. That’s not scary; it’s frustrating. But Chung never gave us any such scene. Every shot was clear and detailed, even those filmed in darkness. His photography also help set the action in Small Town, USA. Local color, about the fictional Derry, Maine, was an important aspect of the novel. In the film, that local color came from Chung’s photography. To believe the supernatural aspects of a horror movie like It, I need to believe the natural aspects. Chung’s photography made that belief easy.

It tells the story about seven friends who, realizing a monster lives in their town and is murdering children, band together to destroy the monster. Bill Denbrough, whose little brother, George, was the first victim, leads The Losers’ Club. Following him is Richie Tozier, Beverly Marsh, Ben Hanscom, Mike Hanlon, Eddie Kaspbrak, and Stanley Uris. 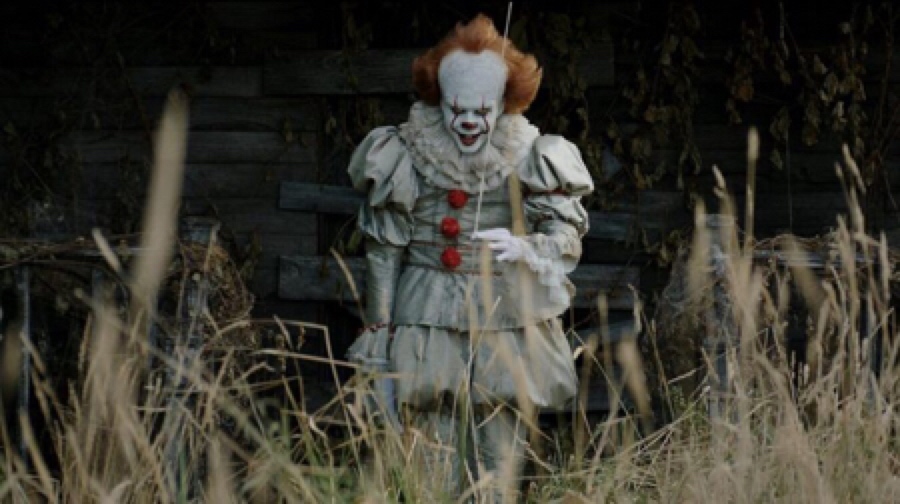 Each has their own reason to fear Pennywise the Dancing Clown, as the monster calls itself. That reason might be natural as well as supernatural. Beverly’s fears her father, who is abusive, and Mike, as the group only black member, fears racism. All in the club fear Harry Bowers, the town’s main bully. These real-world threats help develop Its theme of childhood fears, both real and imagine, and overcoming them. The novel developed that theme better than the movie, but it’s present in the film too.

Bill Skarsgård plays Pennywise. Clown as menice is a hard sell for me, because I think of clowns as fun-bringing people who tell corny, pun-based jokes, perform slapstick skits, and give away cotton candy and balloon animals. But Skarsgård struck the right tone between good time promises and the threatening undertones. His make-up looked scary, especially the sharp teeth. During certain scenes, they enhanced his looks with CGI, but there was no need. Skarsgård performance provided all the fright the movie needed. I’m tempted to award him with best actor, but I’m going to give that honor to Jaeden Lieberher, who plays Bill Denbrough. During one  scene, he delivered an inspirational speech to The Losers’ Club, and his execution was perfect. Yes, I thought. I’ll follow this kid into that cold, dark, and scary house!

Other members of The Losers’ Club are played by Finn Wolfhard (Richie), Sophia Lillis (Beverly), Jeremy Ray Taylor (Ben), Chosen Jacobs (Mike), Jack Dylan Grazer (Eddie), and Wyatt Oleff (Stanley). Though everyone’s performance was credible, there wasn’t enough screentime from any of them to stand out. The group protagonists worked better in the 1,400-page novel than it did in the 2-hour movie. Each character lost some individuality. That was the biggest disappointment in this adaptation. Nicholas Hamilton plays the bully, Harry Bowers, and I fear his characterization suffered the most in the adaptation. Bowers, the main non-supernatural antagonist in the novel, had so little to do in the movie that I think they could’ve edited him out with no damage to the plot.

It is a decent adaptaion of Stephen King’s novel. It borrows several scenes from the novel, but it also creates its own scenes and plot points to better tell the story in film. It’s the same story, the same main conflict, but it plays out slightly differently in the movie. That allowed me to still be surprised by what I was seeing on the screen. I enjoyed the movie both for its comic relief and for its scary scenes. Often I found myself laughing. Just as often I found myself jumping in fear. 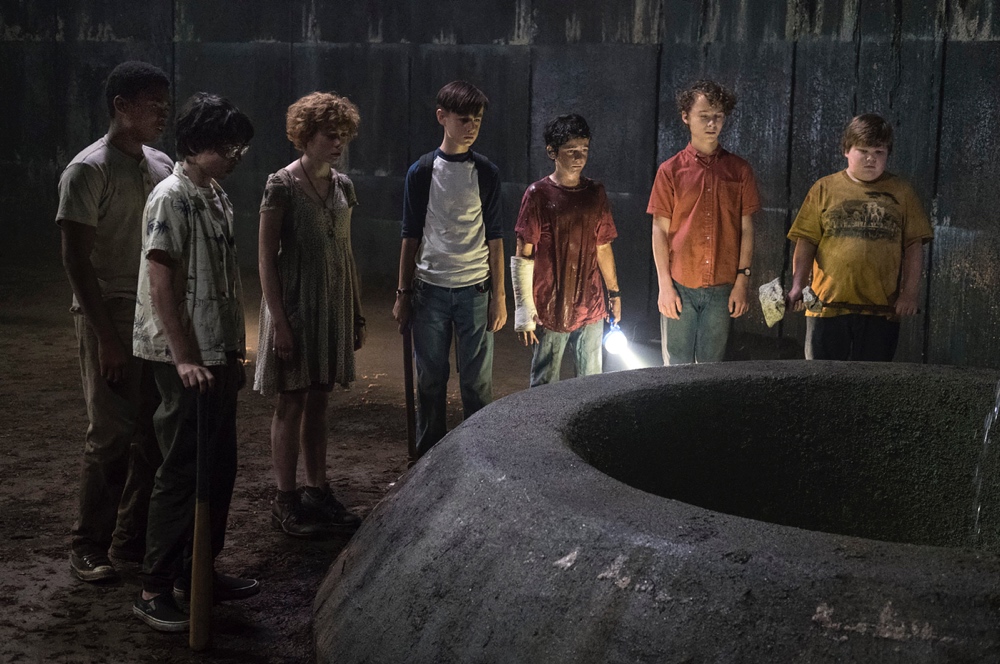