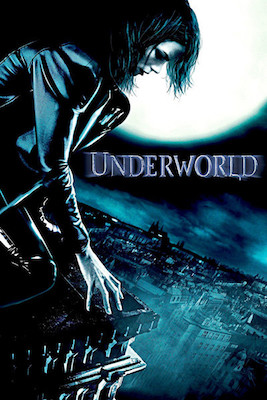 I bemoan the current state of the vampire genre. More than any other classic horror theme, vampires interest me. Ghosts can be scary, but most ghost stories resort to the same clichés of creepy noises, unexplained doors opening and closing, and shadowy figures. Frankenstein, a cautionary tale of science gone too far, also scares me, but the modern take of this tale tends to be more science fiction than horror. I suppose werewolf stories are the prefect metaphor for the beast inside all of us, but I never been interested in werewolves, and therefore, I’ve never seen a werewolf movie that scared me. Since I’m an atheist, demons and devil-worshipping tales, though often fun, are not really scaring, nor is witchcraft. But I had always found vampires scary. Of all the things that go bump in the night, vampires are the meanest, deadliest, and most mysterious.

But I’m talking about vampires as they used to be. I’m talking Dracula from the Bram Stoker novel that shares that name, or Miriam from Whitley Strieber’s The Hunger, or Fritz Leiber’s “The Girl with the Hungry Eyes,” or dozens of incarnations of these themes. These vampires will drink your blood, take your life, or steal your soul. In 1976, Anne Rice published Interview with the Vampire, and she followed it in 1985 with The Vampire Lestat. These two novels delivered a needed fresh breath to otherwise cliché-filled genre, and they updated the vampire tale for the rock-n-roll loving Americans. They also opened the market for other fresh takes on vampirism, like The Lost Boys (1987) and Blade (1998). But they also transformed the vampire from the solitary hunter to a member of a coven. During the process of turning the vampire from a loner into a social creature, writers and filmmakers had stretched the mythological well past its tradition. Today vampires are more likely to hunt their prey in a nightclub than in a dark alley. They love dancing, loud music, and crazy parties, and they participate in coven politics, struggle to raise money, or restore family estates. They’re more interested in seducing you than in drinking your blood. Instead of dissolving into dust in sunlight, their skin glitters like diamonds. (Eye roll!) They buy their blood supply over-the-counter as Tru Blood or steal it from blood banks. In short, the modern vampire is anything but scary.

But they are waging a centuries-old war against lycans. (Lycans, because we needed another word for werewolves.) Which brings me to the topic of this review, a joint review of Underworld (2003)and its sequel, Underworld: Evolution (2006). As I write this, those are the only two Underworld movies I’ve seen, but I’ve seen both at least three times. Why? Theirs plots are melodramatic and contrived, and their characters are flat. Surely there’s a reason I keep revisiting these movies, other than seeing Kate Beckinsale in that shining, skin-tight jumpsuit. That’s a perk of seeing the movies, not the reason to watch them. 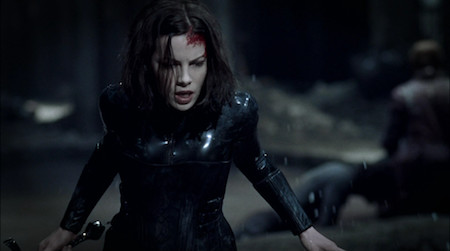 Underworld tells the story of Selene (Beckinsale), a death dealer, a vampire soldier in the war against lycans. After a subway battle with lycans, she realized they had been following a human named Michael Corvin (Scott Speedman). Since the only reason why lycans would stalk a human was food, and since—we suppose—they can eat anyone, why an interesting in a specific human? Answering that question becomes Selene’s obsession, which places her at odds with the coven’s leader, Kraven (Shane Brolly). What follows is a tale of violence, political intrigue, and assassination. It ends with a climatic battle between the vampire coven and the lycan pack, led by Lucian (Michael Sheen).

Underworld: Evolution is a true sequel, beginning where Underworld left off. Beckinsale and Speedman reprise their roles. Now in hiding from the surviving vampires, they seek to unlock secrets from Selene’s past and to understand Michael’s nature as a hybrid, half-vampire, half lycan. A master vampire, Markus Corvinus (Tony Curran) pursues them, because he knows Selene’s childhood memories hold secrets of what happened to his brother. (Who would’ve guess vampires were so sentimental?) Meanwhile Alexander Corvinus (Derek Jacobi), the progenitor of both the vampires and the lycan strains, runs a secret organization tasked with cleaning up the mess his progeny leave behind in their war. It all comes to an end in a climatic battle at a ruin castle. And then a sunrise, which I supposes stands as a happy ending in the Underworld.

Now that I’ve watched both movies a few times, their plots seem straightforward and easy to follow. But I confessed that wasn’t the case during my first watching, especially of Evolution. Too often I felt jarred from one subplot to another, and too often I found myself lost in exposition that included names of characters we have yet to meet, or have met only in passing, and quick-edited flashbacks that only gives a sense of what’s important. It was jarring and frustrating. For that reason, these movies improve with repeated viewings. They grow on you. Or rather they grew on me. Though they are far from my favorite movies, I appreciate them more now than I did after my initial viewings. I think they belong to that category of film that you have to watch more than once to get. I suppose that answers, in part, the question of why I keep coming back to them.

The dark, claustrophobic atmosphere draws my interest. The best things about these movies are their visuals. That’s a small word for a big concept. It includes the set designs, the photography, the special effects, and—yes—Selene’s skin-tight catsuit. I’ve written before about how sometimes a film’s photography is the primary reason to watch it, and that applies to these first two Underworld films. Shot in dim lights and blue tones, the films feel eerie, unworldly, as if they’re taking place not in our world but in some alternate reality.

Fitting for a fantasy film. The modern vampire tale no longer falls into the category of horror film. The modern vampire tale is fantasy. It’s romantic fantasy as in the Twilight series or True Blood, or it’s action fantasy as presented in the Blade and Underworld films. So as much as I enjoy visiting the world Underworld creates, I recognized its contribution to the erosion in the vampire myth. I suppose Len Wiseman (the director of both) and the other filmmakers involve believe that they are expanding that mythology, but they are destroying it. If you stretch a rubber band too far, it snaps, and so does these legends and traditions. In Underworld, lycans and vampire battle, but not with fangs and claws—as I would expect—but with automatic guns and explosives. It makes for exciting action scenes, but uproots these supernatural creatures from their core nature.

Should you spend your time or money watching them?

That’s the implicit question in every movie review, but I fear in this review, I’m giving you a mixed answer. Underworld and Underworld: Evolution are fun movies; they are particularly fun to watch back to back. The acting is credible, and it’s fun to speculate about the lives of the characters. But neither are a character film. The plots are hard to follow the first viewing, but they grow more understandable with time. But the real star of both films is style. They’re stylistic, and that style is beautiful and eerie. Though I’ve never done it, I think you could watch them with the volume muted, with just classical music—or classic rock—playing in the background, and find wonder in the passing images. If you’re someone who can appreciate a movie for its visuals, then this is a great movie to watch. But if you’re more interested in the storytelling aspects of film—plot, character, themes—I fear they might disappoint you.

But if, like me, you think vampires should be scary rather than romantic, if you think they should spend their time stalking humans for blood rather than warring with lycans, and if you believe horror rather than fantasy should characterize the vampire story, then watch these movies knowing they don’t fit these criteria. They’re not the films for the dark winter nights when you need to know what to fear. 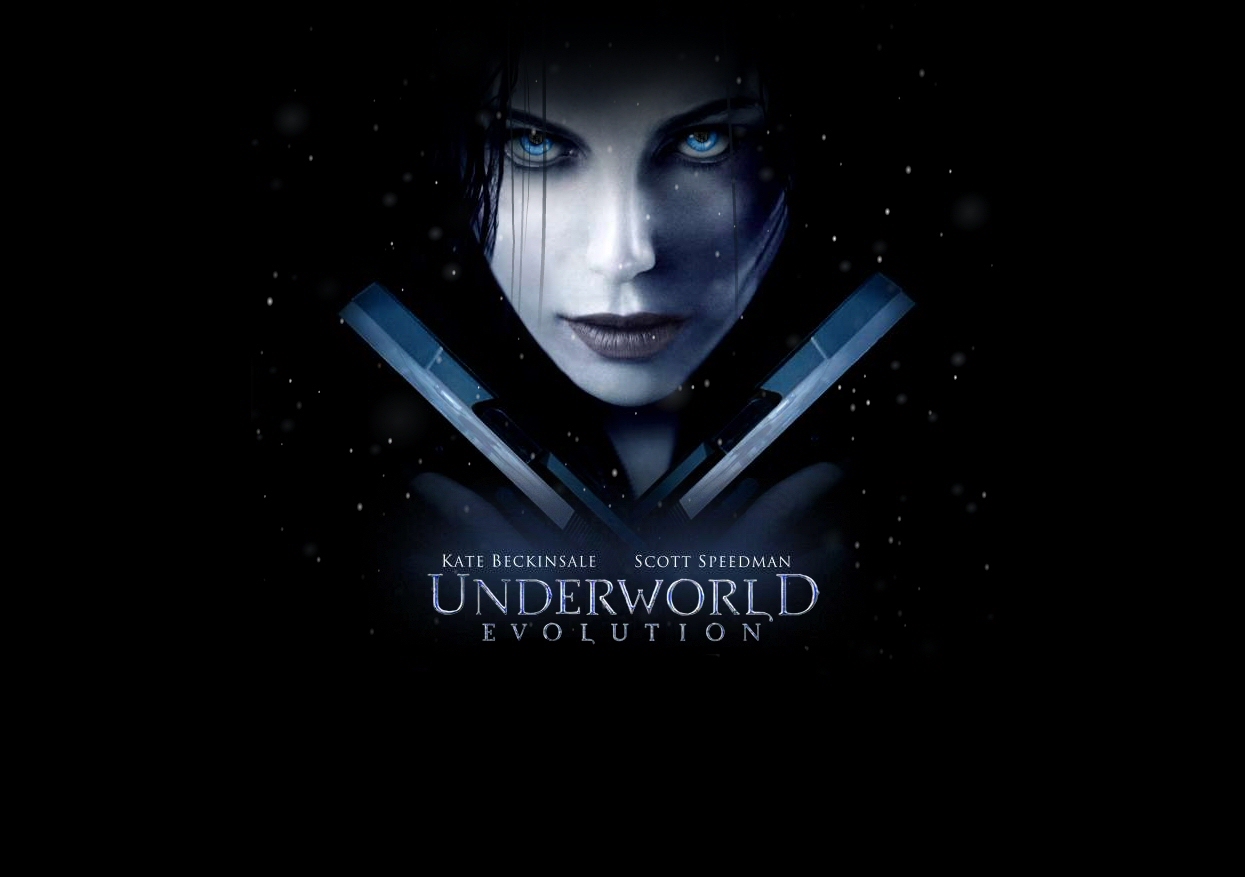