Movie Journal: The Perks of Being a Wallflower 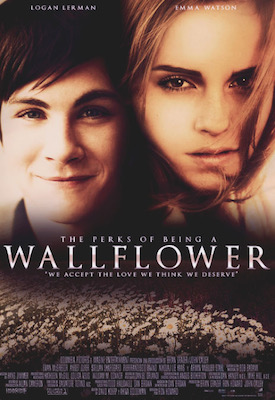 “This is the best time of your life,” an adult told me, when I was in high school.

Perhaps high school was the best time of his life, but it was far from the best time of mine. Add teenage angst plus a speech impediment plus a bookish disposition plus a withdrawn personality plus depression over the deaths of my father and grandparents, and all that equals a troubled time in my life. I was the nerd—not a friendly term back then—who the snobs shunned and the heads bullied. I had my one extracurricular activity, the debate club, and a set of friends based in that club, but outside that clique, I felt isolated and hated. Junior high messed me up, but high school took that mess and cranked it. So no, high school wasn’t the best time in my life.

I admit this, because I know I’m not unique. I know high school was a troubling time for many people, a time of emotional instability, romantic and sexual mishaps, and social struggles. I admit this because the movie The Perks of Being a Wallflower explored these themes. And I admit this because I relate to its protagonist, Charlie, who like me was an outsider struggling to belong.

The Perks of Being a Wallflower was written and directed by Stephen Chbosky, who also wrote the novel by the same name. I read and reviewed the novel in February. During that review, I mentioned that I had been more excited to see the film than to read the book—a rare mindset for me—but I discovered that I enjoyed the book more than I expected. Enjoying the novel added to my anticipation for the movie. How well will it adapt to the big screen? Since the novelist also wrote the screenplay and directed the movie, I expected a faithful adaptation.

Faithful it was. Like the novel, the film tells the story about Charlie’s freshman year at high school. Though Charlie suffered social awkwardness, two seniors, step-siblings Patrick and Sam, befriend him and invited hm into their clique. Though them he becomes exposed to partying, drugs, and The Rocky Horror Picture Show. He makes new friends and enjoys his first romantic experiences. But he also suffers the consequences of a faux pas and struggles with the question: Why do people love the person wrong for them? The Perks of Being a Wallflower frames this coming-of-age narration through the events of an academic year, like the Homecoming Dance,  Christmas Break, and graduation. 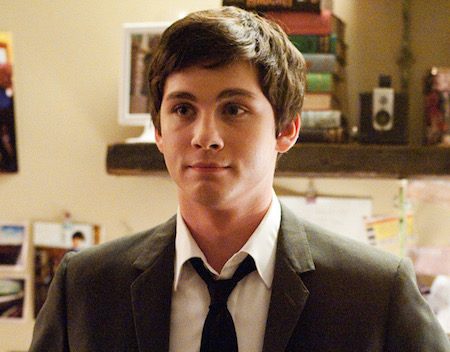 Though we want movies adapted from novels to be faithful to the source, that can become a trap if the film strives to be too much like the novel. That happened in The Perks of Being a Wallflower, and it is the movie’s biggest weakness. The novel was an epistolary novel, told in a series of letters to an unnamed “friend.” In adapting his novel, Chbosky tried to keep this epistolary format. That forced—you guessed it—the dreaded voiceover narration. Voiceover is an unfortunate and overworked device in movies adapted from literary sources, but The Perks of Being a Wallflower took it to extremes. It began with such a long voiceover narration that when Charlie actually spoke to another character, I felt stunned.

He speaks! I thought. All this time, I thought he was just a voiceover!

This reliance of voiceover created problems later, when dramatic scenes that should’ve been shown were actually dealt with as voiceover expositions. I can understand a narrative strategy in which Charlie, along with being the protagonist, was also its sole point-of-view character, but they broke away from that strategy a few times for minor scenes, so why didn’t they break away from it during more dramatic moments? This didn’t ruin the movie for me, but it did reduce my enjoyment of it. Some of the biggest, bravest, and most important conflicts in the novel never made it up on screen, or became voiceovers, or were abridge so much they were robbed of their emotional impact. 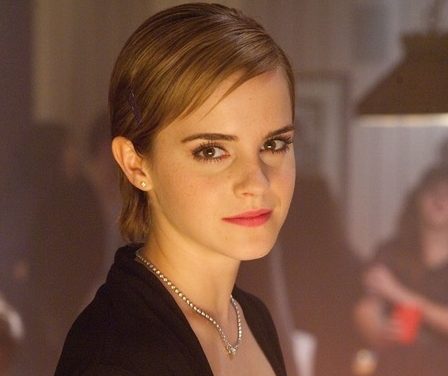 In financial circles, they call that opportunity cost. If you invest $10,000 in Corporation A, you can’t invest the same ten grand in Corporation B. You have to choose. By investing so much of the screen time in voiceover, Chbosky had to forfeit some of the more dramatic scenes. I can’t imagine why he made that decision, except that he wanted to stay faithful to the epistolary narration of the novel. But a novel is print and a film is visual. Just because the epistolary format was the right format for the novel doesn’t mean it’s the right format for the movie. The Perks of Being a Wallflower suffered structurally from this mistake. It was a good movie, but it couldn’t been so much better.

It stars Logan Lehman as Charlie and Emma Watson as his friend and love interest, Sam. Ezra Miller stars as Sam’s brother, Patrick, who also befriends Charlie. Their performances were convincing. This was the first movie I saw Watson in since the Harry Potter series, and I was interested to see how she performed in a role not Hermione Granger. She did well as the free-spirited Sam, but I wished they built the relationship between Sam and Charlie better. Their unique relationship in the novel was one of its best elements, but I didn’t feel the same bond between them in the movie. My award for best actor goes to Miller. His Patrick was the most believable and enjoyable character in the movie.

When I made the decision to review both the novel and the film for my adaptation series, I expected to enjoy the film more. That’s the opposite of my normal expectation. The novel is almost always better, right? But I was wrong. I loved the novel, but I only liked the movie. When I finished the book, I had no reservations in calling it a Catcher in the Rye for a new generation. It had that type of impact. Though the movie adaptation is faithful in plot and characters, many of the best feature in the novel never made it to the screen. The ending felt rushed, and that robbed The Perks of Being a Wallflower its emotional punch.