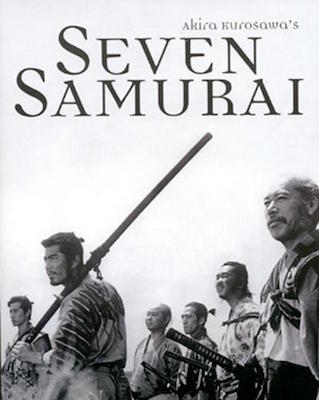 When villagers learn that bandits plan on raiding their village after the barley harvest, they bemoan their fate and argue about what they should do. Ideas range from fleeing their village and their farm and establish a home elsewhere to yielding to the bandits in hopes of light treatment. When they consult “the old man,” the village elder, he tells them to hire samurai to defend the village. Since they have nothing to offer these proud warriors other than food, the villager are doubtful they could find willing samurai. Still they sent a delegation to the city to hire them. After a few failed interactions, they meet Kambei Shimada, an aging samurai who believes he had already seen too many battles. Moved by their troubles, he sees helping them as a means of redemption for past sins and failures. With his leadership, they find six more samurai and return to the village to battle the bandits.

Akira Kurosawa directed this 1954 Japanese film, which he cowrote with Shinobu Hashimoto and Hideo Oguni. As I mentioned before, I’m on a quest to learn more about film and film history, and that quest wouldn’t be complete without a review of world cinema. Since I’ve been watching America films all my life, I have a good sense of what we do with movies. But what do the French make with this medium? The Africans? The English? The Russians? And in this case, the Japanese? Even if I felt I could ignore world cinema as a whole, I would feel the need to see Seven Samurai, because almost every film critic agrees it is one of the great masterpieces of cinema.

I also wanted to see it, because it inspired the 1960 American movie The Magnificent Seven, whose remake will be released later this month. I like to see different versions of the same story, to compare and contrast, to see how time and culture has changed our impression of it. So I decided to see and review Seven Samurai and the two America films, not just to see which I like best, but to judge what is good and bad about each version. Seven Samurai is the source of this story, but does that make it the best version?

Let me first disposed with the elephant in the room. Seven Samurai is a long, slow-moving movie in a foreign language. Unless you speak Japanese—I don’t—screen time has to be divided between watching the action and reading the subtitles. For me, that always make enjoying a movie difficult. I love foreign films, but I had never seen one that didn’t make me wish I were fluent in its language. I’m sure something get lost in the translation, and what isn’t lost in the translation gets lost in missed subtitles. Since Seven Samurai is three and a half hours long, I found it hard to stay focused for the duration. In fact, I dozed a few times—once so long I decided to rewind the movie to see what I missed. 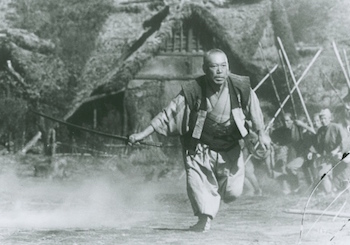 Despite the inherent disadvantage of being in a language I don’t understand, I found Seven Samurai an entertaining movie. I don’t mind the runtime; in fact, I like long movies. The correct length for any movie is the time it takes to tell the story. We had seen movies that had cut scenes that shortened its runtime to within what Hitchcock called “the endurance of the human bladder.” Such cutting often makes the movie difficult to understand and appreciate, because too much of the story is missing. We had also seen films that had been padded with unnecessary scenes in order to achieve some marketing objective (I’m looking at you Marvel Cinematic Universe). That also makes the story hard to follow, because it had so much gratuitous content.

Seven Samurai is long, but it is not too long. It is long enough to tell the story it wanted to tell. It’s a beautiful story about peasants in need and the seven samurai who, each for his own reason, decided to help them. It’s a character rich story. Not only do we get to know the seven samurai, but we also get to know some of the villagers. Each character was his or her own person, with individual motivations and concerns, and we, the audience, leave the film knowing these people as real. We might not understand what it’s like to be a samurai in feudal Japan, but we have all been young and craving experience, like Katsushiro (Isao Kimura). Like Kambei (Takashi Shimura), the leader of the samurai, we have looked back on our lives with regret and disillusionment. And like Kikuchiyo (Toshiro Mifune)—the most colorful character—we each struggle with a sense of identity and a sense of belonging. 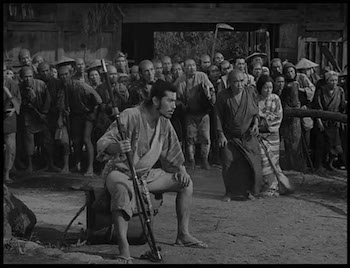 These characters, not the plot, provide the driving force behind this film. In the study of literature—which to me includes the study of film—we think of stories as being either plot-driven or character-driven. Since most stories includes both, it’s a question about which has the greater weight. In Seven Samurai, it’s the character that keeps the story interesting and moving forward. We relate to their emotional needs. I found myself tearing up during several scenes—most notably when Kikuchiyo held a newly-orphaned infant and cried, “This is my story.” All through the movie, his antics bothered me. I couldn’t decide whether Toshiro Mifune overacted the role or whether Kikuchiyo was so brazenly histrionic. But at that moment, I suddenly understood him. Seven Samurai is filled with such revelations. When I began watching, I thought I was watching an action movie, but as it played, I realized that it was an emotional drama.

But there was action to be had in the film. Swords, arrows, horses, and musket fire. People fought and people died. Often the people who died were not the ones we wanted to die. Since we had grown to know and love these people, we felt their deaths as personal lost. As an epilogue, the movie closed with the farmers planting a new crop. As the women planted the seedlings, the men played music and sang. A villager named Rikichi (Yoshio Tsuchiya) plays drums and leads the song. It’s a beautiful image to close the movie, and it stays with me.

I recommend you see Seven Samurai, but I also recommend you plan for seeing it. It’s not a movie you just turned on to watch because you have time to kill. Set aside an evening, buy your beer or soda, pop your popcorn, and sit back and watch a great movie. 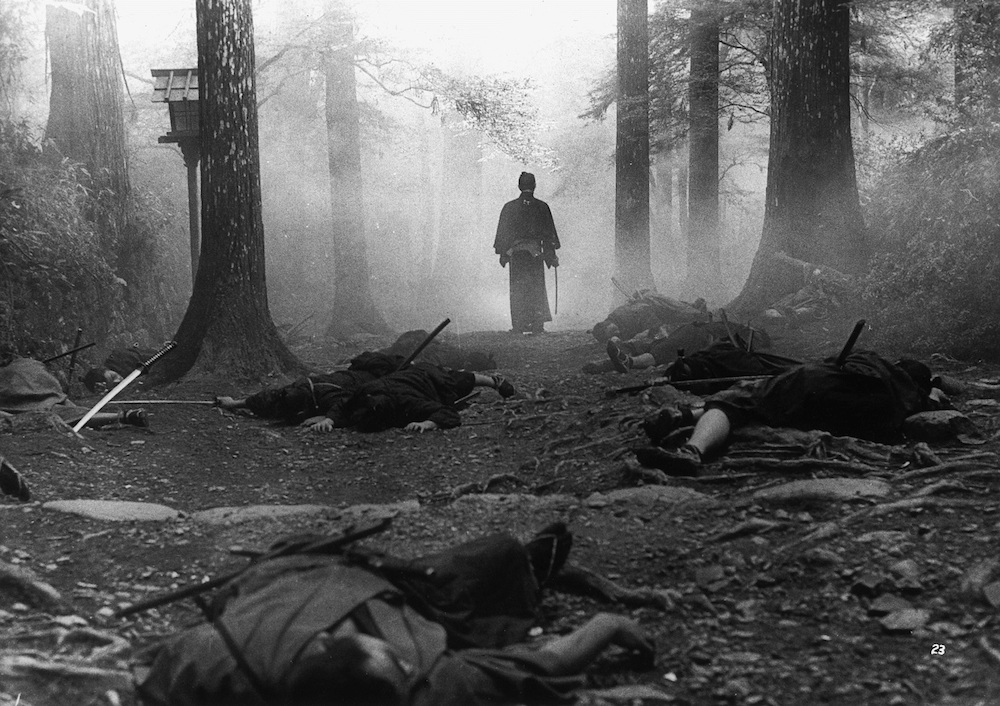