Movie Journal: Guardians of the Galaxy 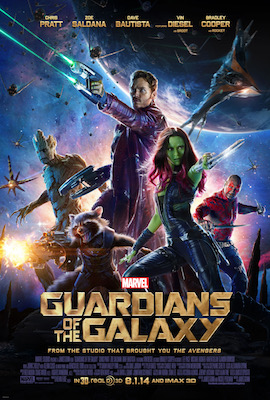 A talking raccoon! A walking tree! Zoe Saldana with green complexion rather than blue! What in the world is happening here? And what does Marvel have to do with it?

Guardians of the Galaxy, Vol. 2 is due out this coming Friday, and I realized I have never review the original movie, released in 2014.That’s a shame. It’s neglectful. Charge me with dereliction of duty. To date, Guardians of the Galaxy is my favorite movie from Marvel Cinematic Universe. I think of it as a guilty pleasure, because it’s a movie that I’ve watched almost once a month since my first viewing, about six months ago. For a couple years, I avoided seeing it. There were already too many movies from the MCU, too many directions that universe was taking me, and I felt a need to resist. In fact, I wrote a criticism of the MCU last year. But about six months ago—not sure exactly when—I finally saw Guardians of the Galaxy, and I discovered that it was the wrong movie to avoid. Combining humor and drama, science fiction and action, it proved itself an imaginative and enjoyable movie.

After Peter Quill recovers a mysterious orb from the ruins of an abandoned planet, he heads to Xandar to sell it to The Broker. This incites the wrath of Yondu, the leader of the Ravagers, who had set the deal up and intended to steal the orb himself. It also incites the wrath of Ronan, a Kree terrorist, who needed the orb to achieve his victory over Xandar. During this adventure, Peter joins forces with Gamora, Drax, Rocket, and Groot. Though their initial plan is to sell the orb for profit, after Ronan captures it, they realize they needed to protect Xandar from total destruction. In this action, they become the Guardians of the Galaxy.

Guardians of the Galaxy is a team adventure, and that is its greatest strength. All six members of the team are intriguing characters, well-rounded, but they are also self-serving antiheroes. As individuals they are thieves, bounty hunters, and assassins, but together, they bring out each other’s better nature. They compliment each other’s weaknesses and strengths to become a team stronger than the sum of its separate individuals. It’s an unlikely team, but as we watch it forming, we understand how and why it came together. In one important scene, Peter calls them “losers.” When that incites sour looks from the others, he explains: “I mean like, folks who have lost stuff.” They had lost homes, families, and even a sense of self. But together, they form a new family, a new home, and a renewed sense of purpose and identity. 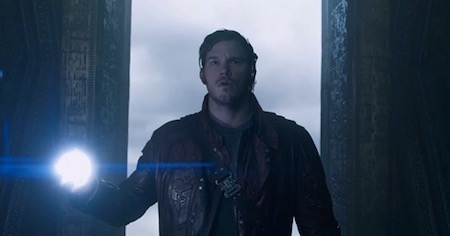 Chris Pratt plays Peter Quill, who wants to be known as Star-Lord. He’s supported by Zoe Saldana as Gamora and Dave Bautista as Drax. The motion-captured characters, Rocket and Groot were voiced by Bradley Cooper and Vin Diesel. Though Guardians of the Galaxy is a movie reliant of special effects and CGI, it’s the performances that make it worth watching. Everyone did such an excellent job that it’s tough to select a best actor in the film. I’m tempted to give it to Vin Diesel, because his I am Groot, in all it’s variations and intonations, is a line that ticket me fancy. In the end, however, I have to give it to Pratt. As the main protagonist, he anchors the rest of the cast and set the witty tone for the movie. But I want to give a best supporting actor award to Karen Gillian as Nebula. In another movie, in another role, her performance would seem melodramatic, but her emotional outbursts in this movie felt right for her character.

There are too many supporting characters to list all of them. Lee Pace played Ronan, and Michael Rooker played Yondu. John C. Reilly had a small but charming role as an Xandarian policeman. Since it was a MCU project, Stan Lee had his obligatory cameo. He played an old geezer hitting on a young woman. I must say, he nailed it. I totally believed he was an old man dating a young woman. 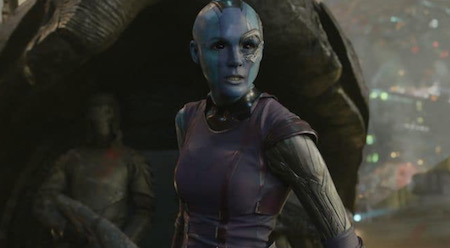 The foundation of this enjoyable movie was the screenplay by James Gunn and Nicole Perlman. It’s a complicated story, but they fit all its complexity into a screenplay that was witty, charming, and action-packed. Gunn directed the movie. Ben Davis acted as cinematographer, and the photography in Guardians of the Universe was one of the best things about it. At times, especially during the climatic confrontation between Peter and Ronan, the CGI felt heavy handed and less convincing than I preferred. But the soundtrack made up for this flaw. Throughout the movie, Peter played a tape from his mother, called Awesome Mix that included such old favorites as “Hooked on a Feeling,” “Spirit in the Sky,” and “Cherry Bomb.”

As a a member in the MCU, it shares elements with other Marvel films, like the infinity stones and a character named The Collector, but unlike the other films, which trip over themselves to reference each other, there is no referencing the others here. As a movie should, Guardians of the Galaxy stands alone. I called it a guilty pleasure, but as I usually mean the phrase, that’s unfair. My definition of a guilty pleasure is a work of art or literature of lessor quality that I still enjoy. There is nothing “lessor quality” about Guardians of the Galaxy. It is a well-written, well-acted, and beautifully filmed movie. I’m sure I’m the last person on the planet to actually see it, but if I’m not, if you haven’t yet seen Guardians of the Galaxy, I recommend you check it out. 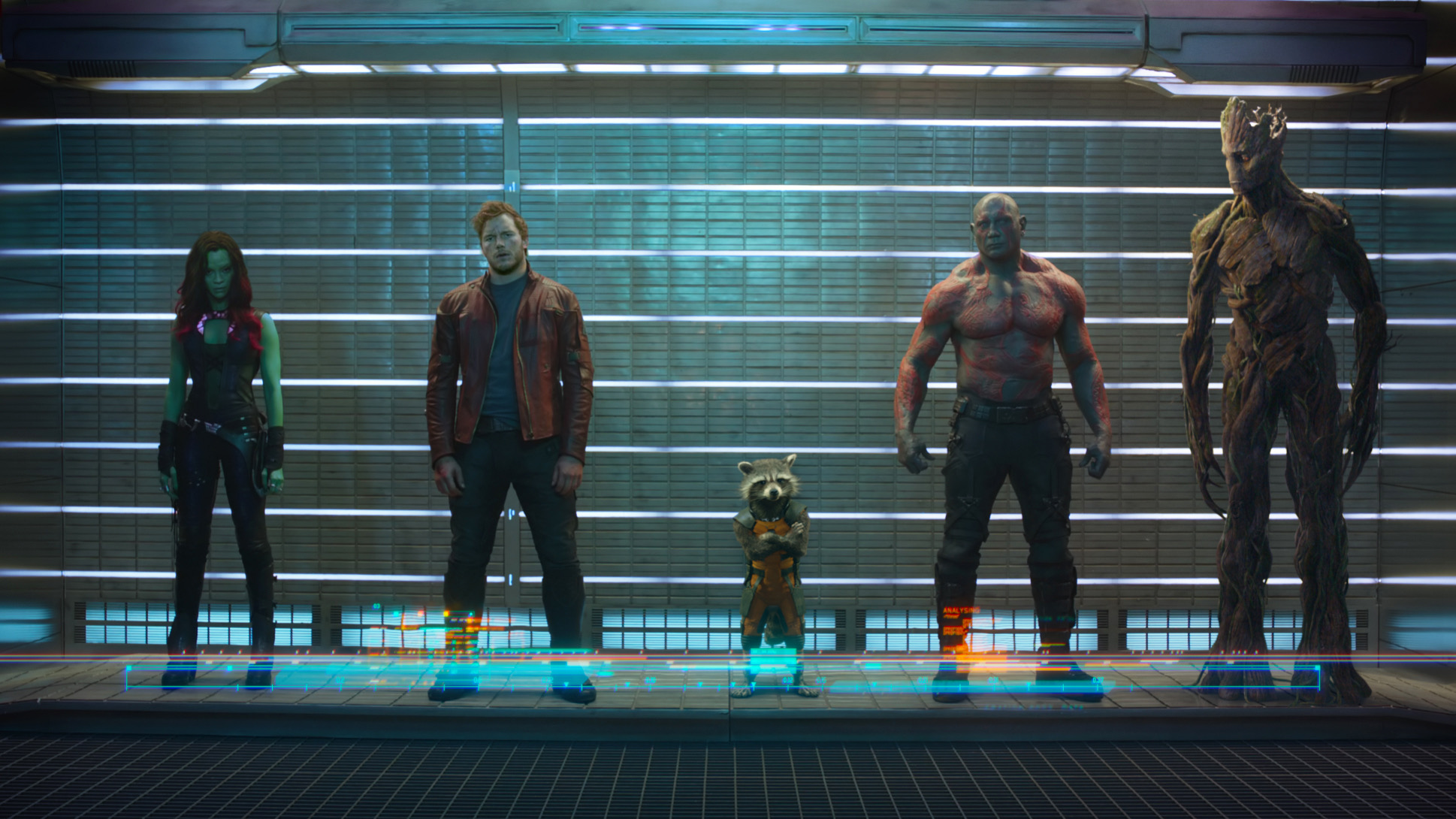 2 comments on “Movie Journal: Guardians of the Galaxy”