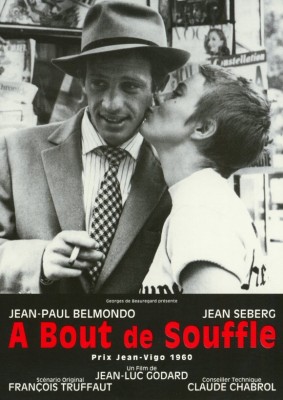 I’m on a quest to understand movies; in fact, it’s one of the reasons I write movie reviews. By writing about a movie, I find greater understanding and appreciation of it. Though I will never be an expert in film, film history, film deconstruction, increasing my knowledge about such topics is not only educational, but it is also fun. This journey requires me to watch movies whose genre, style, and artistic value lies outside the normal Hollywood experience. It was only natural for this quest to carry me across the Atlantic to France. It carried me Breathless, a 1960 film directed by Jean-Luc Godard. Along with François Truffaut’s 400 Blows, it is considered one of the masterpieces of the French New Wave.

The French New Wave, or La Nouvelle Vague, was a movement that began around 1958 and lasted until the middle 60s. Godard, Truffaut, André Bazin, and others were frequent contributors to the French film magazine Cashier du cinéma, where in their reviews, critiques, and articles, they argued against the formulaic films that had weakened French films. We all know this experience, the sense that we are watching the same movie, the same plot, only with different actors and different settings. We think of it as the Hollywood treatment. The reason why is because these formulas had proven successful. It drives people to the theaters and gives them what they want. Godard and his cohorts found this tried-and-true method unimaginative and boring. Eventually, these film lovers realized that if they are to see the movies they want, they had to film them themselves.

Handicapped with low budgets and inferior equipment, they hit the streets of Paris and other French settings and shot their movies. The movies they produced feel raw, incomplete, and unique. They are often compared to documentaries in the sense that the footage lack the polished glean of studio productions. They experimented with plots and characters, with shots and sounds, with style and substance. They experimented with both long takes and truncated scenes. If the mantra of the Hollywood system is we do it this way because it’s proven to work, then the mantra of the French New Wave is we do it this way to see if it works.

In the best movies of the movement, including Breathless, it works. 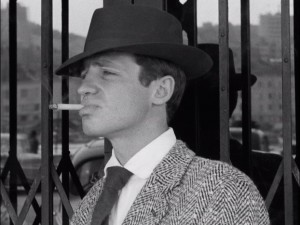 Breathless stars Jean-Paul Belmondo as Michel Poiccard, a small-time car thief. After killing a police officer in a traffic stop, Poiccard realized he must flee France. He returned to Paris to collect money due him, and to convince his lover, Patricia Franchini (Jean Seberg) to come with him to Italy. Patricia was an American exchange student who suffered mixed emotions about her love for Poiccard. Since he had to wait a few days for the money, he laid low in her apartment, where they make love and talk about themselves and their hopes. Sad, sedate, even anticlimactic, these conversations provides Breathless with what substance it has.

It is unfair to judge it on the same standards I would judge a Hollywood or studio film. Though it had plot and characters, neither seem to drive the movie. The director and actors contributed skill and imagination to the film, but even their job doesn’t feel like the drive behind Breathless. Mood drives this movie. It is a sad mood, a fatalistic mood, but not without hope. Michel generates the mood, as he realizes that killing the officer was going too far and that the rest of his life would be defined by it. But Patricia shares in it as she evaluates her feelings for him and balanced them against the hopes she has for herself. 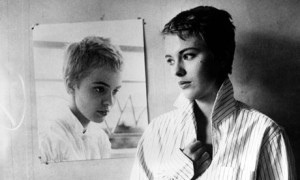 After watching Breathless, I asked myself: “What did I just see? Did I like it?” I knew I saw something different, a break from the same-old-same-old, and for that reason, it was interesting. But was it entertaining? Perhaps this is the wrong question; perhaps it’s not that easy. Movies entertain us in many different ways. One way is to give us something unique and thought-provoking. Now that it’s been a couple weeks since I’ve seen it, now that I performed the researching into the French New Wave and Godard’s career, now that I have pondered the movie, I appreciate it, because it make me dig. It challenged my prospective and forced me to adapt a new one. It didn’t entertain me on the story level, but it did move me emotionally, and that is another type of entertainment.

Watching one movie doesn’t make me an expert on the French New Wave. But seeing Breathless piqued my interest in the movement. I know I’m going to watch more movies by Godard, Truffaut, and the other directors of this movement. 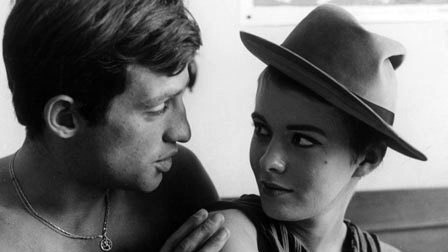