One of the great disadvantage of keeping a personal blog is there is no second person to pick up the slack when I fall behind. I look at the calendar and see that it’s the 7th of October, and I feel bad that I haven’t published any blog posts yet this month. I haven’t published my Look Ahead for October. I make no excuses except to say I became distracted with football, political debates, social life, and personal business. Perhaps that’s a fair excuse, but perhaps it’s more accurate and honest to say that time slipped away from me. Well, I’m getting back into my rhythm, following my schedule, and focusing my mind on the task at hand. In this case, that task is writing Look Ahead: October.

Though I feel underproductive so far this month, I’m proud of my accomplishments for September. I read and review The Picture of Dorian Gray and The Natural, and I followed my plan for watching and reviewing Seven Samurai, The Magnificent Seven, and its remake. I wrote a review of the Harry Potter movies, and I began my survey of erotic literature with The Dairy of a Chambermaid. I hope you found these posts interesting and entertaining. One promised I failed to keep was my character analysis for Jon Snow from season 1 of Game of Thrones.  I’m currently writing this article and expect to post it soon.

Those were the accomplishment I made public, but I also achieved several goals behind the scenes. You might recall that I set a goal to watch a movie a day in September; in other words, I hoped to see thirty movies during the month. I didn’t quite make that goal, but I did watch twenty-one movies. I watched recent movies like Thor and Mad Max: Fury Road. I reached back in time and watched old favorites like Cat People and Music Box. I watched a couple movies—Morgan and The Magnificent Seven—at the theater, but I also took advantage of the streaming services like Netflix, Amazon Prime, and HBO Now. I purchased one move, Captain American: Civil War, through iTunes. And I enjoyed four or five movies via Netflix DVD. I love that I have several options for seeing movies, because it means I can watch a movie every day. Though I didn’t achieve that goal in September, I achieved its intention, which was to work movie watching into my daily routine.

This is important, because a core purpose of this blog is to help you make quality entertainment decisions. In the past, when I watched only four or five movies a month, I felt limited in my recommendations. By watching two to three dozen movies a month, I hope to develop better critical judgement and offer you more choices. And with that said, let me move onto my plans for October blog articles.

Having seen twenty-one movies last month, I decided that this month, I will choose five of the best and review them. Most of the movies I saw were good, and I feel no problem recommending them. But there were two dogs. Not to leave you on a cliff, I’ll tell you them off the back.

The first was The Curse of Sleeping Beauty. I thought this looked like an intriguing horror movie. I even forgave it for opening with one of my big DO NOTS! They opened with a dream. There was a time when incorporating dreams into a story was inventive, and there are times, even now, when it serves a legitimate storytelling purpose. But most of the time these days it’s just an overworked cliché. Give that cliché a day off, will ya? I forgave it in The Curse of Sleeping Beauty since sleeping implied dreaming, and since they put a unique and interesting spin on it. But within fifteen minutes, the movie lost my interest. They incorporated so many other overworked clichés—the inherited haunted house, they cryptic warning, the room you’re forbidden to enter—that I felt like they should change the name to The Curse of the Overworked Cliché.

The second sour movie was Four Rooms. This is an anthology movie from 1995, written and directed by four upstarts, including Quentin Tarantino. These were four short films tied together by taking place in the same hotel on the same New Year’s Eve, and by including Ted the Bellhop (Tim Roth) in each story. The premise wasn’t bad, and there were amusing scenes throughout. But a long time ago, I decided I don’t like anthology movies, and Four Rooms did nothing to dispel that dislike. Tim Roth was the best thing in the movie. He played Ted the Bellhop in chapstick style, but too often, that style clashed with the directors’ dark ideas about comedy. I won’t say don’t see it, but I will say: Don’t get excited about seeing it.

The five best movies I saw in September, which I intend to review this month, were: The Babadook, High-Rise, Bonnie and Clyde, Music Box, and Ex Machina. This list excludes those movies, like Seven Samurai and The Magnificent Seven that I had already reviewed. 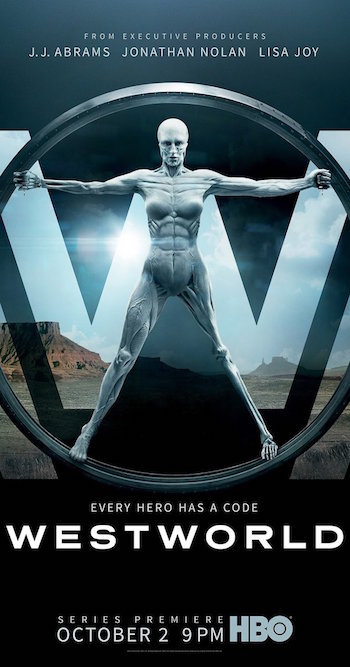 I already mentioned that I’m working on an analysis of Jon Snow’s character arc from season 1 of Game of Thrones. I plan on publishing that article on Wednesday, October 12.

I’m excited by the airing of HBO’s Westworld. I’m going to do something new. Usually with television series, I review them in retrospect. I tend to review them via season rather than episode. With Westworld, I plan to review each episode. These will not be long reviews—only three or four paragraphs, five tops. Since character development is the aspect of television series I’m most interested in, I will focus on character analysis in these reviews. Just so you know, I imagine there will be spoilers in what I write. My ideal audience on those reviews will be readers who are also watching Westworld and are familiar with what’s happening in it.

In 1997, Philip Roth wrote a novel about the changing America culture and about domestic terrorism. It’s titled American Pastoral. I read it a few years later and found it a beautiful and thought-provoking novel. Ewan McGregor directed and starred in the film adaptation, due to be released later this month. In anticipation of that release, I’m rereading the novel. I hope to have a review of it posted before the movie hits the theater. Once it’s released, I plan on seeing the movie and reviewing it. The pairing of these reviews will fall into the Movie Adaptation category, a stated theme of this blog, but one I fear I don’t write about enough. If you haven’t read it, I do recommend reading American Pastoral. It is—as we used to say—a good read.

I had confessed to you before that I’m a slow reader, but during the last few months, I had adjusted my schedule or routine to give myself more reading time. In short, there was a time when reading was my default pastime, but over the years with modern distractions like computer games, YouTube videos, streaming television, and other high-tech distractions, reading got bumped from the list. This blog has a public objective to help you make good decisions about your entertainment options, but I also have a personal objective to start making better entertainment choices for myself. A return to reading as my default pastime is the foundation of that. I love movies, I love what’s happening in televisions these days, and I enjoy those other pastimes I mention—but nothing is more entertaining to me than a novel or short story.

As I am reading American Pastoral—my main read—I am also reading The Circle by Dave Eggers. This is another book I’m reading in order to review prior to its movie release. (The movie starring Tom Hanks and Emma Watson is due out in 2017.)  This is my “bus book,” the book I read when riding the bus or during empty moments away from my apartment, so I’m only reading ten or fifteen pages a day. But I’m more than halfway through, and I imagine I’ll finish it sometime next week.

This coming weekend, I plan on seeing two movies: Miss Peregrine’s Home for Peculiar Children and The Girl on the Train. You can look forward to my review for them next week. I’m excited to see The Girl on the Train, because I read the novel by Paula Hawkins in May and enjoyed it. I see that one of the stars is Haley Bennett, whose performance in The Magnificent Seven was one of the many things that made it a great movie. But Emily Blunt leads the cast, and that’s a promising sign if there every was one. As for leading the cast, Eva Green plays the title role in Miss Peregrine, and every since her role as Vesper Lynd in Casino Royale, she’s an actress I’ve been following. (Not literally, of course. I don’t want you to think I’m a stalker. I just means I watch her films.)

This is an ambitious month for my blog, more so since I took the first week off. But this is a good month to be ambitious, because I had just finished a research project for the novel I’m going to write next year and can focus more time to my blog writing because of it. Also I’m taking a week off from work later this month, and I plan on using the extra time to do more writing. I want to play with the idea of writing more blog posts and see how that feels. Though I doubt I’ll ever be a blogger who posts every day, I would like to build up to four or five posts a week. And I’m plan to use this month to test that possibility. 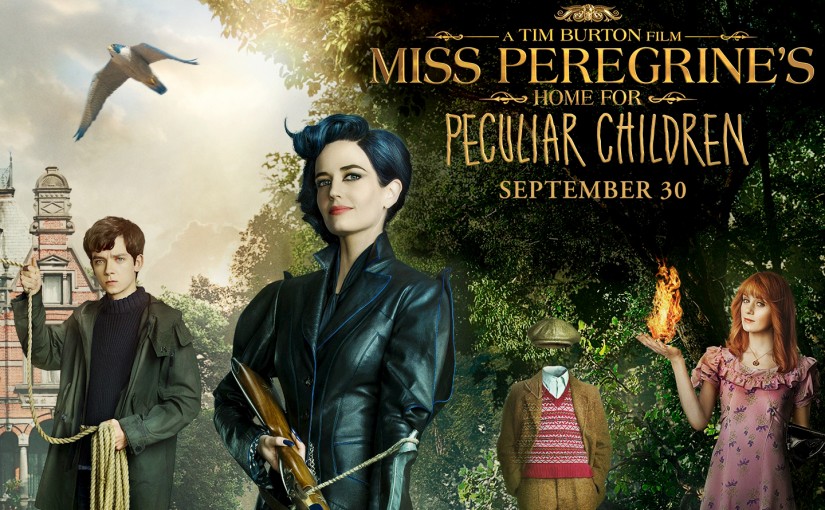