I try to watch a movie a day. Try is the keyword there, because I can’t always take the time. I have grocery shopping sometimes. But on other days, I sometimes watch two or even three movies. Over the course of a year, it balances out that I see about three hundred movies. Though I would love to tell you about every movie I see, there’s no way I can do that. I’m not a professional movie reviewer, nor do I aspire to be one. Keeping this blog is more a hobby than profession. Though I can’t tell you about every movie, I want to tell you about some of them. I want to give you my thoughts–both positive and negative–about a small sample. Magazines call such articles “round-ups,” so I’m employ that terminology. I hope to give you a round-up of the movies I’m seeing about once a month. I’ll write about these in order of least-liked to best-liked. 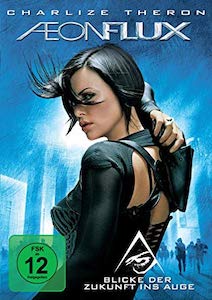 Aeon Flux is a cyberpunk movie set 400 years in the future, when garters and garter belts are still a thing. I mention this, because in an opening shot, Charlize Theron, Aeon Flux of the title, walks down steps. She’s wearing a slitted skirt that reveals the top of her stocking and the garter that holds it. I found myself talking to the screen: “I’m so glad that garter belts are still fashionable four hundred years from now.” Whenever I find myself talking to the screen–in Mystery Science Theater 3000 style–I know the movie had lost me.

I blame the prolonged voiceover. Though I can appreciate the stylistic us of voiceovers here and there, most movies employ them as a crutch. The directors and editors–or more often the studios and producers who pay them–don’t trust the images on the screen, so they insist on adding voiceovers. The beginning voiceover had Theron talking for so long that I feared they would have her recite the entire movie.

Despite this, the movie has its redeeming qualities. The action sequences are good, and the world-building is excellent. Aeon Flux’s search for her true identity led to a sinister plot and a dramatic reveal. The plot, however, felt contrived, and many of the characters’ motivations were unclear. The screenplay, I believe, would’ve benefited from a couple more rewrites. Aeon Flux, I learned, is based on an animated series by the same name, which ran on MTV during the early 90s. You might know more about that than me. I have’t watched MTV since Martha Quinn left. 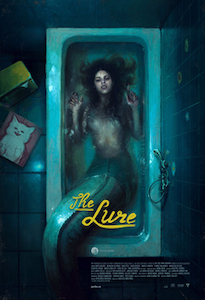 I learned about The Lure from a YouTube video about overlooked horror movie. It intrigued me to watch it, and when I learned that it’s distributed by The Criterion Collection, I decided to watch it NOW! The Criterion Collection, if you don’t know, is a distribution company that wants to offer the most important and highest quality films. I added The Lure to my Netflix DVD queue and shot it to the top of the list.

The Lure is a Polish film. As a musical horror movie, it belongs in the same sub-genre as The Rocky Horror Picture Show (1975). The best element in The Rocky Horror Picture Show is the music, and that also applies to The Lure. The plot revolves around Silver and Golden, two mermaids who come to land. Marta Mazurek and Michalina Olszanska star as the mermaids. Agnieszka Smoczynska directed. Barbara Wronska, Zuzanna Wronska, and Marcin Macuk composed the music.

The Lure is a movie I enjoyed watching, but after watching it, I realized it failed to satisfy. It was instant gratification, but its fulfillment lacked endurance. Since the songs were in Polish, they lost something in translation. They lyrics weren’t as fun to read in the subtitles as they would’ve been to listen to. Admittedly, much of that instant gratification I mentioned came from the frequent nude scenes. As Disney’s The Little Mermaid (1989) is meant for family viewing, The Lure, also inspired by Hans Christian Andersen’s fairy tale, is for the parents to watch after the children are in bed. Along with the nudity, as a horror movie, it has gory imagery that might disturb children.

It’s a charming movie, but it’s a movie for a quirky mood. When I’m in that mood, I watch The Rocky Horror Picture Show. The Lure is like that. It’s a fun movie, worth visiting and, perhaps, revisiting, but it’s not a movie where you’ll want to live. 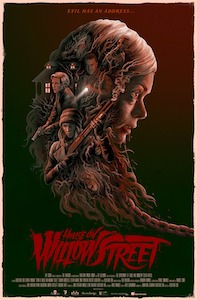 When I started to watch The House on Willow Street, I suspected that most of the action would take place in a house on a fictional street called Willow Street. It’s not that this house had no role in the movie, but it was not the principle setting. That setting was an abandoned factory close to the house. The movie started with a kidnapping. Though the abduction went as planned, the kidnappers’ plan went awry when the parents failed to answer their phone. Soon the kidnappers realized that sinister forces were at play.

The House on Willow Street is a run-of-the-mill horror movie that’s a little ahead of its classmates. If your typical run-of-the-mill horror movie earns a C, The House on Willow Street earns a C+. I enjoyed watching it. Though the characters were more cardboard cutouts than people, it had a fun plot. The imagery was creepy. I think creepy rather than scary is a good way to think of this movie. To be scared, I would’ve need a sympathetic protagonist. There wasn’t enough character development for that.

The House on Willow Street stars Sharni Vinso and Carolyn Burchell. It’s directed by Alastair Orr from a screenplay he wrote with Jonathan Jordaan. It’s available on Netflix Instant Play. 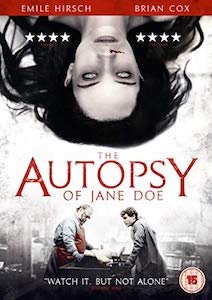 If the horror in The House on Willow Street is best described as creepy, then the horror in The Autopsy of Jane Doe is best described as gory. The body horror in this movie is realistic; it’s bound to send shivers down your spine. As the title suggest, they show the autopsy of a mysterious woman found at a multiple homicide. The sheriff (Michael McElhatton) can account for the other bodies, but Jane Doe doesn’t fit. He needs to know who she is and how she died. He needs the answers tonight, before the story hits the press in the morning. So the coroner and his son must cancel their plans and perform the autopsy.

Hollywood workhorse Brian Cox plays the coroner, and Emile Hirsch plays his son. Newcomer Olwen Kelly stars as Jane Doe. On one hand, I feel sorry for her, because this was her “big break” and she plays a corpse. On the other hand, corpses do not usually get as much film time as she did, and I imagine it takes a lot of talent to play dead that long. But the best performance goes to Brian Cox. He made this movie the thriller that it was.

Ian Goldberg and Richard Naing wrote the screenplay. It’s a simple story with very few characters and only one setting. I love it when moviemakers simplify, because that gives the writing and the acting opportunities to shine. What’s good about The Autopsy of Jane Doe comes from those two elements. Other elements–the music, the setting, the cinematography–set the stage and created a realist world for the action. André Øvredal, the writer/director of Trollhunter (2010), directed The Autopsy of Jane Doe.

It’s not the scariest horror movie. I was disappointed in the lack of spectacular deaths and frightening scenes, but I enjoyed the movie and recommend it to anyone who likes horror movies. It’s available on Netflix Instant Play. 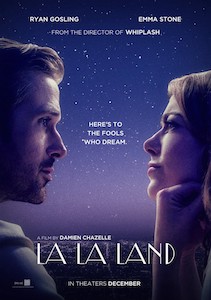 Since I’m a fan of musicals, I’m surprised how long it took me to see La La Land. Back in 2016, I had it on my list of movies I wanted to see at the theater. I don’t remember why I didn’t see it, but when I missed the theater run, I added it to my Netflix DVD queue. It got buried there–I keep around three hundred movies on my queue. But in February, I elevated to the top position. As it worked out, I watched it the same day I saw The Favorite at the theater, so I ended up watching two Emma Stone’s movies in day.

I mentioned Emma Stone, because La La Land is her movie. I don’t mean to take anything away from Ryan Gosling, who also did an excellent job, but Stone delivered the better performance. At least a more memorable one. The movie has a flexible tone. It begins as a romantic comedy, but somewhere in the middle, it became more dramatic. The couple met, fell in love, but eventually, as couples do, they argued. The argument is the most memorable scene. It felt organic. This is exactly the argument that this couple would be having at this stage of their relationship. It began with an innocent comment–as many arguments do–but it escalated, until they realized they’re fighting for their love. Stone delivered. It was one of those moments of pure acting that reminds us that, beyond the lights and the cameras, at its roots, filmmaking is an actor’s craft.

Writer Damien Chazelle, who also directed, deserves his credit for that scene and others in the movie. He blended comedy and drama so naturally that both felt realistic. Both felt true to life. He deserves his credit as a director, but the success of this movie began with the screenplay he delivered. Justin Hurwitz wrote the songs and composed the music. Usually in a musical, the songs are the most memorable feature, but not in La La Land. There’s nothing wrong with the songs, but they don’t pop in my head the same way as, say, “Cabaret” does, or “Jesus Christ Superstar,” or “Shallow” from A Star is Born (2018). One exception is “Audition (The Fools Who Dream),” sung by Emma Stone. I added that song to my music library.

If you like musicals, Ryan Gosling, Emma Stone, romantic comedies, or romantic dramas–if you like stories about people striving for fame–then La La Land is a movie you’re likely to enjoy. It’s available on Netflix DVD. If you don’t want to wait for the DVD, iTunes ($5.99) and Amazon Prime ($3.99) offer it for rent. It’s the only movie on this list that I believe is worth paying extra to see.

None of these movies is horrible. Aeon Flux, my least favorite, has some good action scenes and an intriguing future society. The Lure satisfies a quirky mood. The House on Willow Street and The Autopsy of Jane Doe are competent horror movies. They won’t give you nightmares, I don’t think, but they will startle you. La La Land is an entertaining movie that offers excellent writing and acting. Ryan Gosling and Emma Stone earned their paychecks. I hope this round-up gives you good choices for your next movie night. 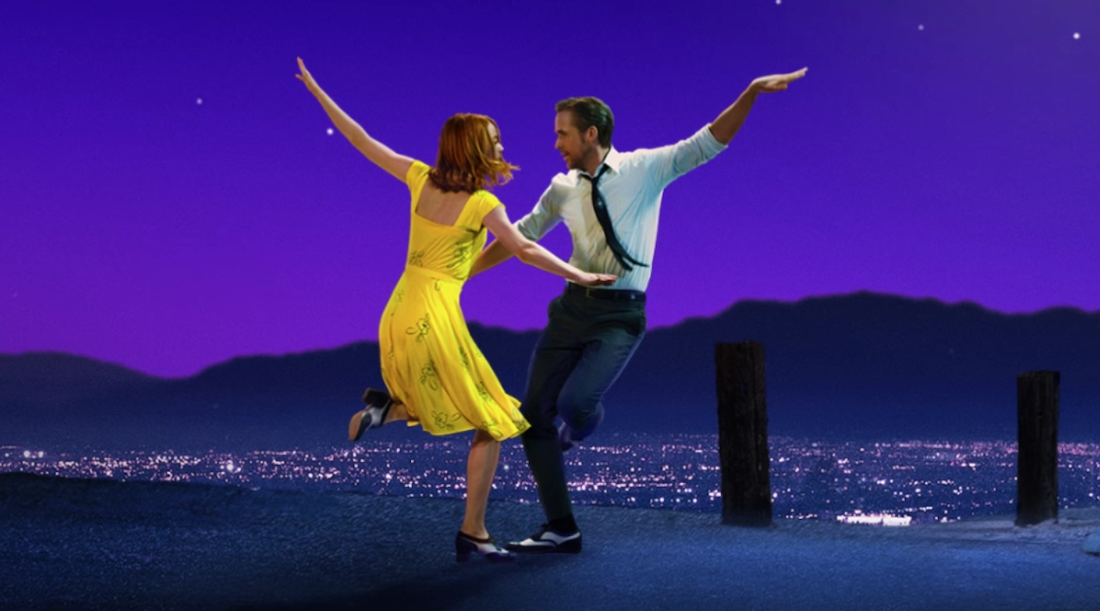