“Goodbye, My Brother” by John Cheever 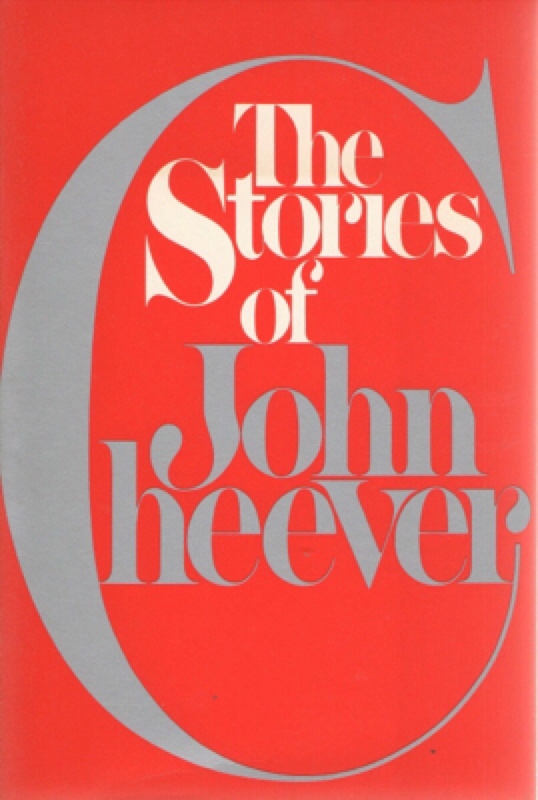 Every summer, the Pommeroys vacationed at Laud’s Head, their vacation home on one of the Massachusetts islands, but this year would be more special, because Lawrence, who rarely came to these reunions, was bringing his wife and two kids. The other three siblings–Diana, Chaddy, and the first-person narrator (who’s never named)–looked forward to seeing their long-lost brother, and so did their mother. But after Lawrence arrived for his sojourn, they soon rediscovered the reasons they had avoided him, and he, them.

“Goodbye, My Brother” is a beautiful, layered story about sibling rivalry. It is the first story in The Stories of John Cheever. Though he had written a few novels, it is through his short stories that the modern reader usually encounters John Cheever. I first heard about him in college, where one quarter his “The Swimmer” was required in all three of my classes. That too is a wonderful story, and I hope to one day review it for this blog. But when I get in the mood to read Cheever, I tend to begin with “Goodbye, My Brother,” not just because it’s the opening story of The Stories of John Cheever, but also because it’s my idea of a perfect short story.

Perfection is not a word I use often in describing anything, but I feel no hesitation in using it with “Goodbye, My Brother.” From it’s opening lines to his closing image, this story excels. It has an intriguing plot that never lags, and it introduces us to characters who feel real, even familiar, though the narrator spends little time describing them. It’s their actions that describes them. Show don’t tell is a writing mantra that even non-writers had heard so often to become cliché, but it’s a principle employed throughout “Goodbye, My Brother.”

“Isn’t the beach fabulous, Tifty?” Mother asked. “Isn’t it fabulous to be back? Will you have a Martini?”

“I don’t care,” Lawrence said. “Whiskey, gin–I don’t care what I drink. Give me a little rum.”

“We don’t have any rum,” Mother said.

The conflict is subtle, but it builds strong, until it reached the dramatic climax. Though the conflict between Lawrence and his family is obvious and real, it’s given an exaggerated weight or bias by the narrator, who, like all first-person narrator, is unreliable. What’s he hiding? And is it intentional or rooted in a mindset so habitual he never questions it? These questions intrigue me and keep me coming back to the story–which I had already read a dozen or so times over my life. Since there are no definitive answers to such questions, I never get tired of reading it. Each time I read it, I rediscover what I love about it and find new reasons to appreciate it.

That’s a beauty of reading, in general, and reading short stories, in specific. Every work of fiction, be it a novel or a short story, is a collaboration between the writer and the reader. There’s what the writer put into the story, and there’s what the reader draws out of it. They don’t have to be the same thing; in fact, it’s more interesting and playful when they are different things. No two readers will experience a story the same. And when you re-read, you experience each reading differently. This is one reason why short stories are important. Being short enough to read in one setting, they give us the opportunity to re-experience them multiple times, to analyze them, to discovered what we had previously missed. “Goodbye, My Brother” is an excellent story for that very process.

I always take a hiatus from blog writing at the end of the year and the beginning of the New Year. One use I make of that time is to ask: What do I want to change in my blog? One of the answers I made for this year is: I want to review more short stories. Because short stories are important. They are especially important in America, where they play as important, if not important, role in our literary heritage as novels and poetry. In writing these reviews, I hope both to revisit old favorites and to discover new ones. If you chose to join me on this exploration, you could do far worst than start with “Goodbye, My Brother”–the perfect short story.

Lawrence crossed over from the mainland on the four-o’clock boat one afternoon late in the summer, and Chaddy and I went down to meet him. The arrivals and departures of the summer ferry have all the outward signs that suggest a voyage–whistles, bells, hand trucks, reunions, and the smell of brine–but it is a voyage of no import, and when I watched the boat come into the blue harbor that afternoon and thought that it was completing a voyage of no import, I realized that I had hit on exactly the kind of observation that Lawrence would have made.