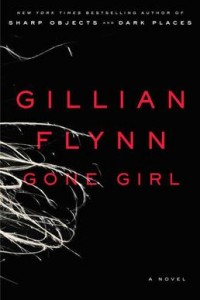 We know this story. We’ve seen it on CNN, tracked it on the Internet, commented on it in Facebook. A young woman goes missing, and her handsome husband becomes the main suspect. Gone Girl by Gillian Flynn retells this story with imagination and skill, but the novel left me more puzzled than satisfied. Though there is nothing wrong with Flynn’s craft, the plot of Gone Girl faltered towards the end. It has a strong opening, a strong middle, but a weak conclusion. A stronger conclusion would’ve made this good novel an excellent one.

Like Nick Dunne, the protagonist of Gone Girl, Gillian Flynn (b. 1971) wrote movie reviews for a magazine, Entertainment Weekly. And like Nick, she lost the job when the internet usurped the magazine industry. She turned to writing novels, thrillers, and that genre gained a talented writer. Her style is crisp, clear, and provocative. Consider the opening lines of Gone Girl.

When I think of my wife, I always think of her head. The shape of it, to begin with. The very first time I saw her, it was the back of the head I saw, and there was something lovely about it, the angles of it. Like a shiny, hard corn kernel or a riverbed fossil. She had what the Victorians would call a finely shaped head. You could imagine the skull quite easily.

One summer day–their fifth anniversary–Nick Dunne–displaced writer, current bar owner–returned home to discovered his wife, Amy Elliott Dunne, missing. Since the house displayed signs of a struggle, he called the police. Detectives Gilpin and Boney arrived on the scene and began the investigation that, with every twist and turn, seemed to implicate Nick in foul play. Mr. Dunne, in the kitchen, with an unspecified weapon! Since there is no body, the detectives have to treat it both as a missing person and a potential homicide. But as credit card receipts, life insurance policies, and other evidence mount, the case looked more like a murder and Nick looked more like a murderer. Amy’s parents, Rand and Marybeth Elliott, who supported Nick at the beginning of the investigation, began to suspect him. Even Nick’s twin sister, Go, asked him if he harmed Amy.

During the set up and the build-up, Gone Girl kept me in page-turning binge. What’s going to come next? I couldn’t wait to read the next chapter. But one joy of reading crime thrillers is experiencing the unexpected twist. Gone Girl has only one unexpected twist. After I read chapter that revealed that twist, I paused and asked myself: How do I feel about this? I was uncertain. Part of me felt let down. The twist was not only unexpected but also unwanted. I wanted a twist, but I wanted a twist that send the plot in a different direction. The another part of me felt a dubious optimism. The novel has been good so far. There’s no reason to expect it to turn bad. Let see what Ms. Flynn goes with this.

But after the reveal, the novel slowed. At first, this was subtle. It was so subtle that I didn’t realize it. But as each chapter seemed slower than the preceding chapter, as exposition replaced conflict, the slowing pace began to drag. It became a drag! The last hundred pages were painful to read. At one point, Nick wrote: My life has begun to feel like an epilogue. (Location 7142, Kindle Edition.) When I read that line, I said, “I know how you fill, Nick, because the last hundred pages had read like an epilogue.” I can’t help but wonder if at some subconscious level, Flynn knew the pace had faltered. If so, then that line came from that latent knowledge. But if so, she did nothing to correct it. As the novel should’ve been building tension towards its climax, it had slipped into an epilogue.

I had read the Kindle edition of Gone Girl, which, as I post this, cost $9.99. It is a decent novel with several tense scenes, but I found it anticlimactic. One strength of the novel is its use of unreliable narration; in fact, studying unreliable narrator is the main reason I would recommend this novel. As a crime thriller, it fails to deliver the needed thrills.

David Fincher adopted this novel into a movie by the same name. Next month, I intend to watch Gone Girl (2014) and review it. I’m looking forward to this, because everyone I know who had seen the movie loved it. I’ll let you know what I think.