Breakfast at Tiffany’s by Truman Capote 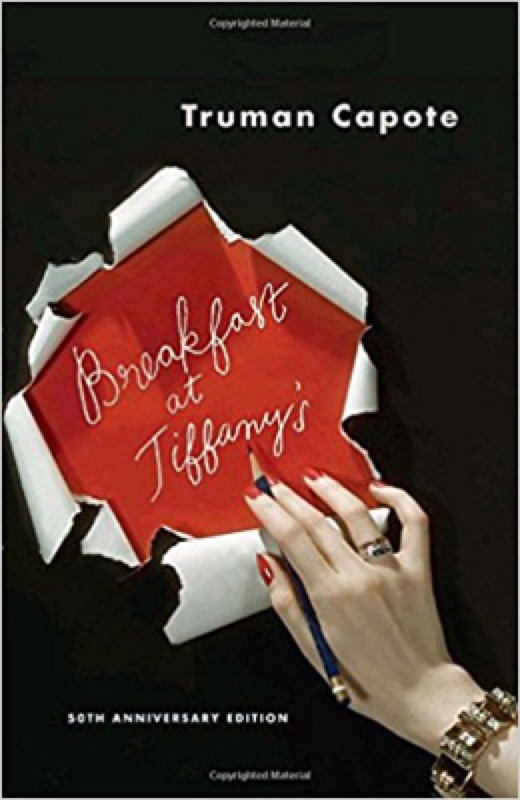 Holly Golightly as a name is ironic, because everywhere she goes, she goes loudly. She’s a seeker with only a vague idea of what she hopes to find. She’s also a runaway with a clear understanding of what she’s fleeing. She might not know where she’s going to, but she knows where she’s been, and she has no desire to return. She craves her independence at a time when women were supposed to be wives, and wives were supposed to be dependent on and subservient to their husbands. As such, Breakfast at Tiffany’s is a feminist novel, written by arguably his generation’s most famous gay man, Truman Capote. But it is also a novel about an individual living by her own rules. In literary terms, the conflict is Woman versus Society, and that almost never works out well for the woman.

Born Truman Persons on September 30, 1924, Truman Capote comes from a broken home. His parents divorced early, and when his mother remarried, he took his stepfather’s name, Capote, as his own. They lived in Monroeville, Alabama, in the same neighborhood as Harper Lee (To Kill a Mockingbird). Lee and Capote were childhood best friends, and he based a character in his first novel, Other Voices, Other Rooms (1948), on her. Along with Breakfast at Tiffany’s (1958), he’s most known for In Cold Blood (1966). Since Breakfast at Tiffany’s is a short novel, a novella, the book includes three short stories. I haven’t read the short stories yet; I’ll read and review them at a later date.

The first-person narrator, who never tells us his name, met Holly while they both lived in a Brownstone apartment building. She was his downstairs neighbor. Since she never remembered her key, she often rang his apartment to be let into the building. He became fascinated with her, sought her approval on the short stories he wrote, and studied her life like a voyeur. Voyeurs usually are outside looking in, but Holly invited him in, and for the course of a year, he had a closer, more intimate view of her comings and goings. Though his eyes and words, we’re given a view of her nefarious arrangement with convicted gangster Sally Tomato, her ill-defined love affair with Rusty Trawler, and her friendly rivalry with Mag Wildwood.

She was still on the stairs, now she reached the landing, and the ragbag colors of her boy’s hair, tawny streaks, strands of albino-blond and yellow, caught the hall light. It was a warm evening, nearly summer, and she wore a slim cool black dress, black sandals, a pearl choker. For all her chic thinness, she had an almost breakfast-cereal air of health, a soap and lemon cleanness, a rough pink darkening in the cheeks. Her mouth was large, her nose upturned. A pair of dark glasses blotted out her eyes. It was a face beyond childhood, yet this side of belonging to a woman. I thought her anywhere between sixteen and thirty; as it turned out, she was shy two months of her nineteenth birthday.

Breakfast at Tiffany’s is less about plot and more about character, and in Holly Golightly, we meet a character who’s unique and interesting, but also one who is flawed and deceitful. I often meet people in novels whom I want to know in real life, and Holly has her place on that list. If I did meet her, I would be attracted to her liveliness, her freedom, and her happy-go-lucky attitude. Her personality would encourage infatuation, maybe even love, while her good looks and negotiable morality would incite my lust. But something about her would put me off, make me guarded, even defensive, so all I would allow would be a platonic intimacy. In short, I would be like the narrator, a voyeur looking in, wanting a bigger role, while knowing it’s best to stay on the sidelines and watch.

Holly’s complexity is the biggest strength of the Breakfast at Tiffany’s. The themes are equally complex. There’s the feminist theme that I mentioned in my introduction. And then there’s the yearning, the longing for the bigger, better deal. I think of it as the glitter and the glitz, but Holly thinks of it as breakfast at Tiffany’s. We call it upward mobility or the good life, but in the end, it’s just materialism. And then there’s the Woman versus Society conflicts and its inherent themes? How much of ourselves do we have to forfeit in order to eat breakfast at Tiffany’s? Though set in New York City during the war years, these themes makes this novel relevant to our own times and anywhere in America.

Set in New York during World War II, Holly’s world is a white world. There is a Japanese-American, Mr. Yunioshi, who lives in the Brownstone with Holly and the narrator, and there’s a Brazilian diplomat, José Ybarra-Jaegar, who’s Mag’s boyfriend, but most of the characters are white Americans. Since it was a segregated time, this is realistic. Unfortunately, when other races were mentioned, it tended to be in dialogue where the speaker chose derogatory terms. Since people are often racist, and since they often use racial slurs, I tend to forgive racism in dialogue. I write it off as the character being himself rather than the writer’s own attitudes. But it bothered me here, because in a novel that had so little reason to mention nonwhites, it’s disconcerting that when it did, it was in derogatory terms. As Holly’s complexity is the novel’s biggest strength, this racism is its biggest weakness.

When I began to read Breakfast at Tiffany’s, I wasn’t sure what to expect. Though I never saw the Audrey Hepburn movie, I’ve seen clips from it that made me think it was a frivolous story. Amusing. Fun seeing. But lacking depth. As such, I suspected the novel was also frivolous. Whether that’s a fair criticism of the movie I can’t say, but it is unfair criticism of the novel. Breakfast at Tiffany’s is a novel rich in complex characterizations and thought-provoking themes. Perhaps the most impressive thing about this is that it achieved it in such a short novel. Less than 120 pages, it’s the perfect length to read on lazy Sunday afternoon. The next time you have a lazy Sunday afternoon, I recommend you do just that.