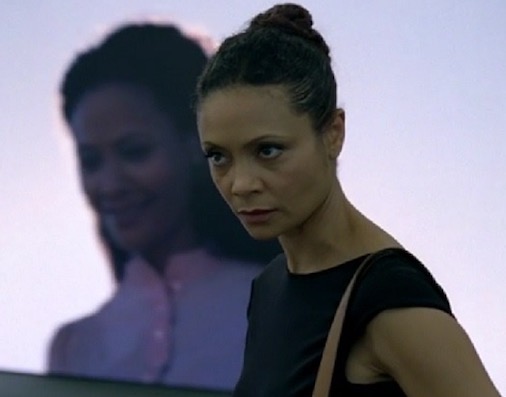 For me the common denominator is story, mainly fictional story, but often true life or inspired by real events story. Story is a catch-all phase that includes plot, characterization, setting, theme, and other elements of storytelling. Story comes to us in many forms, from epic poetry to campfire ghost tales, from novels to music videos, from comic books to television shows. When I started this blog, I envisioned reviewing only novels and other written forms, but I soon expanded it to include movies. During the past year or so, I expanded it again to include television series. Though I have develop processes for reviewing novels and movies, I’m still searching for the process to review television shows. Though television shares the same denominator, story, as the others, a good television series, like Westworld, is open-ended. We want a novel or a movie, even those included in a series, like the Harry Potter series, to be self-contained, but we want a television series to be open and organic. Though we know there will eventually be a series finale, we want it to run for several seasons before we reached that conclusion. So the issue for me as a reviewer is how to deal with this open-ended structure.

With Westworld, I experimented with reviewing every episode as one unit. Though this is a natural, perhaps desirable effort for many critics, I discovered it wasn’t for me. When I review, I like to think in terms of completion. I like to think about such overall topics as character arc and story arc, foreshadowing and theme. It’s more natural for me to review a television season, rather than a television episode, because a season feels more like a completed work. I can adapt the same processes to it as I do for novels and movies, ask the same questions, apply the same analysis. I believe a television series’ season should be like a novel and its episodes should be like chapters in that novel. It will have a beginning, a middle, and an end. Part of that end, of course, will be setting up cliffhangers for the next season, but the main crisis or plot of the season should reach a satisfying climax. Since I began episode reviews with Westworld, I believe I will continue them—hopefully more successfully than with season one—but now that we have reached the final episode, I will use this as an opportunity to review the season.

Every story needs a setting. Westworld is high-tech theme park constructed to resemble the Old West, the West of Hollywood movies. Androids called hosts populate the park. Even without the interactions from the guests, they play out their own narrations, but interactions from guests interrupts these narrations and force the hosts to improvise. In this way, they create an interactive experience for the guests to control and enjoy. It’s never clear how far in the future Westworld is, but the guests who come and the administration who work there live a lifestyle we recognize as contemporary. Their clothing are recognizable from those we wear. We also know, from Dr. Ford’s age and backstory, that the park had existed at least thirty-some years. Nor is it clear how large the park is. It’s huge. In fact, in one segment, we follow characters on a steam train through the park. The ride seems to take at least two days, implying that the park incorporates hundreds of square miles.

I think yes. After the factories close, after the all the natural resources are dug up, after all our clothing and consumer goods are imported from other countries, what is left to America but entertainment. Already we lead the world in entertainment and recreation. Hollywood movies and American rock-n-roll are some of the most stable exports we offer, and as other industries fade, tourism blooms. American theme parks are already the most famous in the world, and the most visited. So why wouldn’t this industry grow? Even to the point where you have a theme park hundreds of miles across? 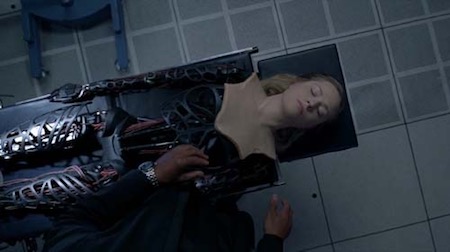 Most stories begin with an external event that creates a crisis for the protagonist, who then establishes a story goal in order to resolve that crisis to his or her benefit. That’s the foundation of what we call plot. Story Craft 101. The main plot of Westworld involves Dolores, an android played by Rachel Evan Wood. She’s the daughter of a simple rancher. She spends her time painting landscapes and courting Teddy. But one day, her father finds a photograph in the soil, a picture taken in the outside world, of a young woman standing, it seems, in Times Square. Though he puzzles over the picture, when he shows it to Dolores, she says it looks like nothing to her. That’s the external event that began her crisis, her existential crisis. We can call it a computer glitch, but soon she’s hearing voices, digging up a buried revolver, and setting out on a quest for answers. She meets a guest, William (Jimmi Simpson), who becomes infatuated with her and helps her search for those answers.

As the story needs its protagonist, it also needs its antagonist. Ed Harris plays the Man in Black. In an early scene, he kills Teddy and rapes Dolores, but for most of the season, his path and Dolores’ do not cross. He’s on his own quest, to find the center of the maze, the place where the hosts can shoot back, where the violence has real consequences. “The maze is not for you,” he’s told several times during his journey, but he ignores it. Though he and Dolores have different goals and are taking different routes, it’s clear they will end up in the same place. Because in Story Craft 101, we learn that the climax involves a confrontation between the protagonist and the antagonist. The place of the confrontation is the “town buried by sand,” but it has since been unburied. There Dolores and the Man in Black battle each other. There Dolores discovers the answers to many of her questions that haunted her throughout the season. And there we learn the truth behind Dolores’ connection with the Man in Black. We also learned what happened to Arnold, the creator of the hosts, Dr. Ford’s late partner. As Dolores comes to terms with her history, she foresees her future. In her last violent act, she begins a new destiny.

Does this conclusion satisfy me? Does it complete the story? Has Dolores achieved her character arc?

If this were a novel or a movie, it could end there without the reader or viewer feeling cheated. Without the need for a sequel. It’s not a happy ending, but it is a meaningful one. Often the most meaningful endings are sad or tragic. But the beauty of television is that no ending is definitive or absolute. As Dolores resolves one crisis, she begins a new one. That, of course, become the sequel or, as television knows it, season two.

Most subplots in season one, converges with Dolores’ plot, but one stands apart. Maeve, played by Thandie Newton, a host who runs the brothel in Sweet Water, experienced her own existential crisis when she woke up in the tech center while being repaired. Horrified by what she saw, she searches for answers and struggles to take control of her existence. As Dolores’ conflict is, essentially, Person vs. Self, Maeve’s conflict is Person vs. Society. I won’t say much about her conflict or its resolution, except that I’m disappointed where they left it. Whereas I believe Dolores experienced a full character arc, I believed Maeve failed to achieve that arc. At the end of “The Bicameral Mind,” she had a decision. If she chose one way, I would’ve felt that she fulfilled her arc and that the show creators had set up interesting possibilities for season two. But she chose the other way, hence sabotaging her arc and the sense of completion I craved.

Despite this disappointment, I’m interested to see what her future involves. As I’m interested in what direction Dolores will go. I wonder how the administration will deal with the new reality birthed in Dolores’ violence. The answers to these questions have to wait until season two. The best entertainment are those that you can read or watch again and again, sometimes to re-experience it and other times to find something new. Westworld qualifies for this honor. Though I’m excited for season two, I’m equally excited to rewatch season one. Now that I know its big revelation, I want to watch the season again to look for clues. That should be fun and interesting. 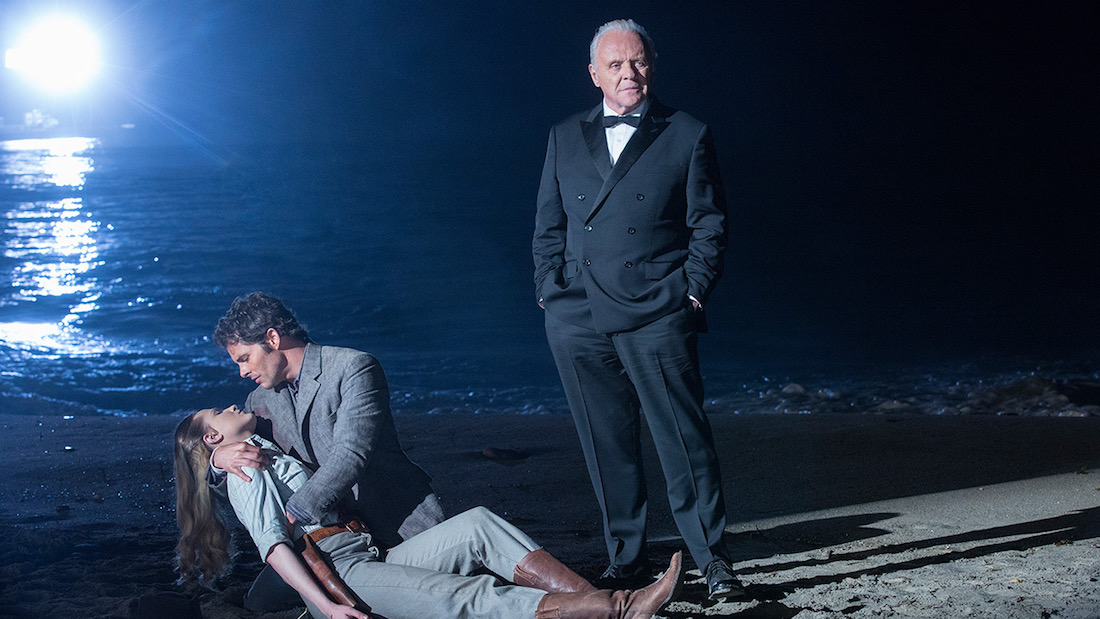